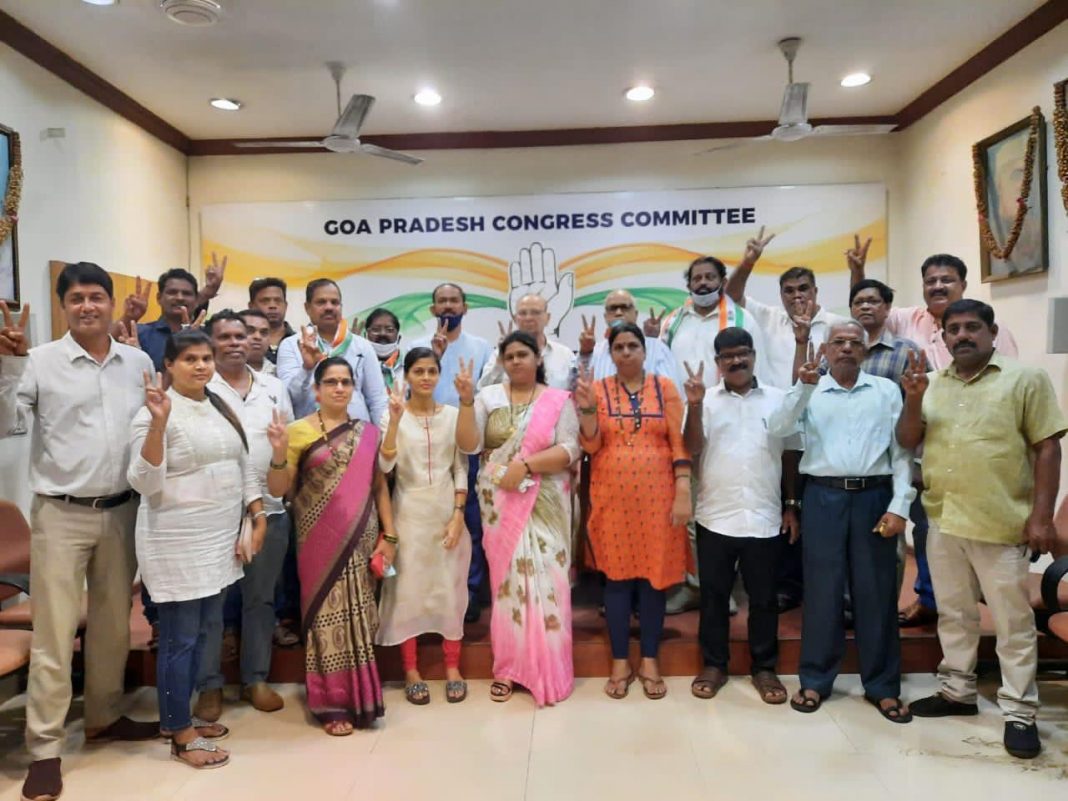 We are all confident of our victory and we are committed to be the voice of the people to protect Identity of Goa. BJP has already begun with its dirty tricks but people of Goa have now realised their true colours claimed all the Congress ZP Candidates.

Congress Party is also extending support to some candidates in few constituencies who have strong winning chances to ensure that there is no division of votes favouring BJP. Our sole aim is to defeat BJap and its allies and Save Goa from destruction informed GPCC president Girish Chodankar.

Congress Zilla Panchayat Candidates are confident of victory & are committed to protect Lifeline Mhadei, Save Environment & Preserve Identity of Goa. People of Goa will give befitting reply to BJP’s false promises on Restart of Mining, Providing Employment & Reviving Economy said CLP Leader Digambar Kamat.
Time has now come to bring change in Goa to facilitate revival of economy and plan for betterment of State. I appeal to all the proud Goans to come out in large numbers and support Congress Candidates stated
former Chief Minister Pratapsingh Rane said

Congress Party is confident of winning in North as well as South Goa Zilla Panchayat elections comfortably and defeating BJP and its allies.