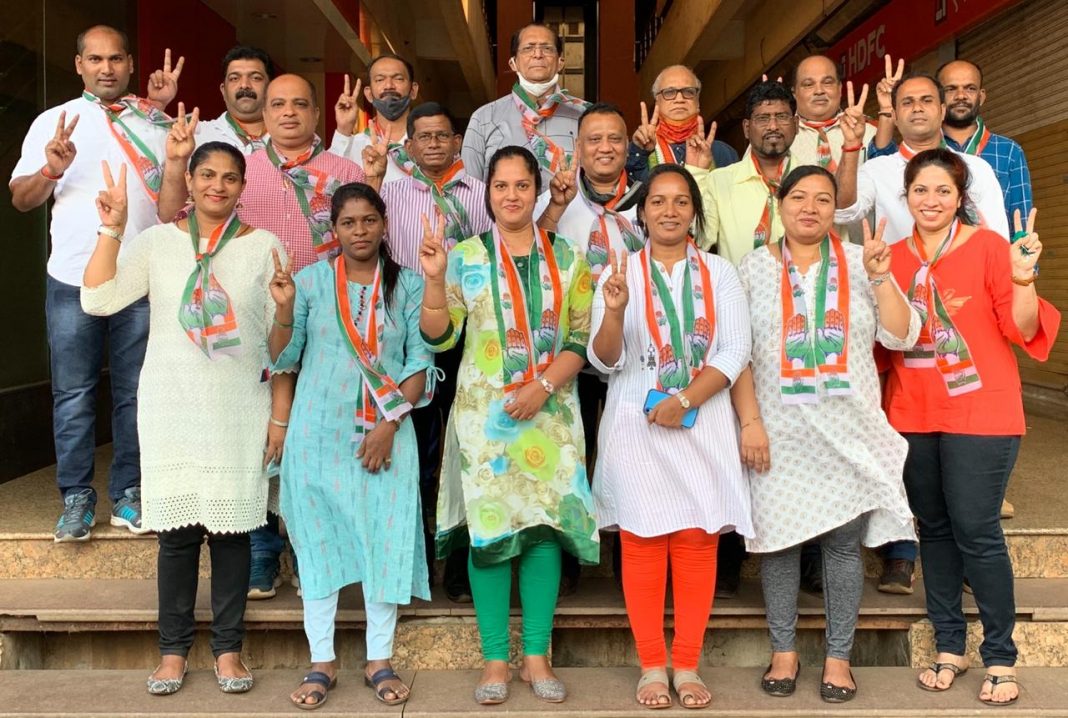 Margao – It is important to preserve the communal harmony & environment of Goa. Goans must come out in large numbers to vote for Congrsss and defeat the divisive politics of BJP appealed Zilla Panchayat Candidates in a joint Press Statement today.

We are all confident of our victory and we are committed to be the voice of the people to protect Identity of Goa Congress ZP Candidates said.

Congress ZP Candidates have focussed on door to door campaigning and are rceiving overwhelming support in their constitiencies. We are confident to win said GPCC president Girish Chodankar.

People of Goa have seen the misrule of BJP and want to teach them a lesson. There is positive wave in favour of Congress said CLP Leader Digambar Kamat.

South Goa MP Francisco Sardinha expressed confidence that Congress will win comfortably as there is anger against the BJP and its faultt policies.

South Goa District Congress president Joseph Dias said that the Party has made full preparations and has got effective mechanism to encourage large turnout on voting day. Our booth level workers are fully geared up he said.