Congress will rescue Goa from drowning in debts: Chodankar 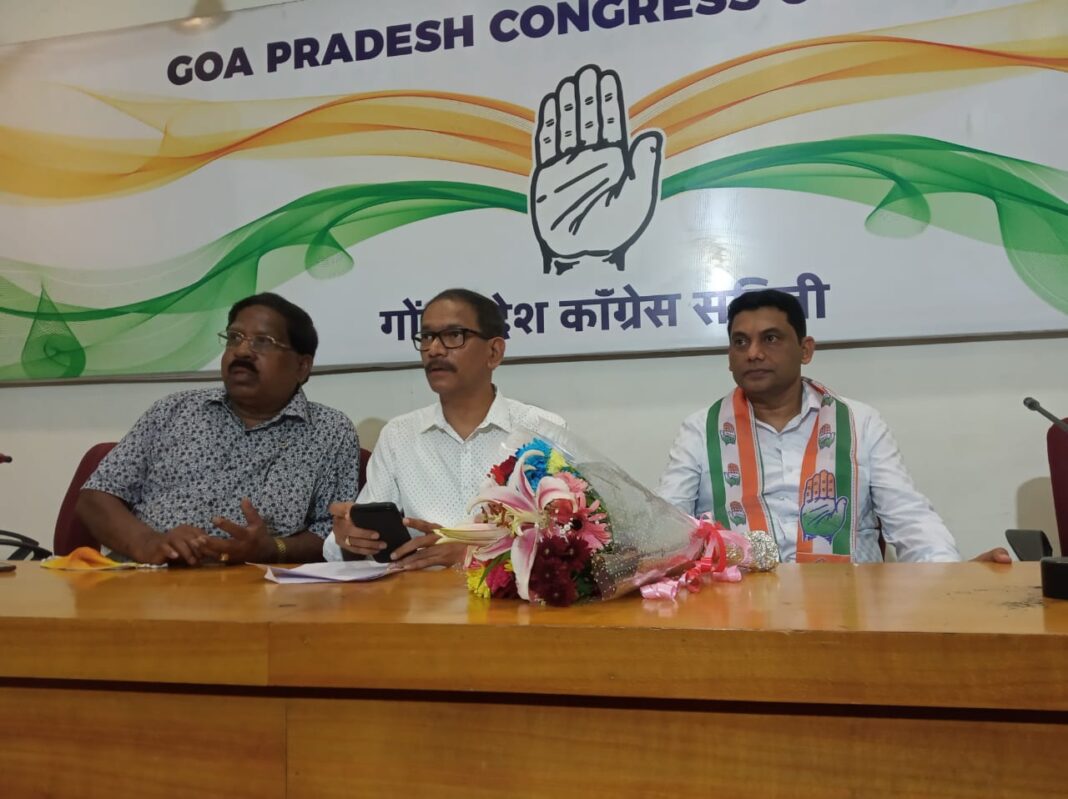 Panaji: Claiming that the State’s financial position and increasing liabilities are at alarming stage, the President of Goa Pradesh Congress Committee Girish Chodankar has vowed to rescue Goa from drowning in debts, once the Congress government is formed.

Addressing a Press conference in Congress House-Panaji, Chodankar said that when Digamber Kamat was chief minister of Goa, the state liability was mere 7 thousand crores, which was liability since statehood, but now in BJP’s rule (in the last nine years) has touched to 26 thousand crore. “We will try our level best to bring this liability at least fifty percent down, once we come in power. Not only this, we will once again revamp development and welfare of the people.” He said.

Congress leader Dharma Chodankar, Rajesh Verenkar, Archit Naik and others were present on the occasion.

“Manohar Parrikar closed the activities of mining for selfish purposes. He wanted to hand over the mines to the friends of Narendra Modi, by depriving Bahujan Samaj of income source. Over this issue, he maligned Congress by creating a scam which never happened. Thus the economy of the state collapsed.” He said.

He said that though the BJP got success in forming government from backdoor, but it has not even put a single effort to do welfare of Goa. “BJP is operating only for capitalist friends of Modi. It has no daring to uplift the people, but Congress intention is to uplift the Bahujan Samaj and others.” Chodankar said.

He said that BJP is in the celebration mood, and hence not ready to listen to the public voice and grievances.

“There is nothing good happening in the State. This corrupt BJP government has no vision and this we witnessed whilst presenting the budget.” Chodankar said.

He said that the Governance cannot be run by manipulation’s for long time, which BJP is presently doing.

“People believe us that we can deliver what they wish, this is proved by our action of scrapping Regional Plan, SEZ etc. BJP’s backdoor government formation formula deprived Goans from fulfilling their aspirations. Now people are mindful and hence BJP will be sent to home.” Chodankar confidently said.

He said that his ‘Mantra’ is to get people to Congress and rescue Goa from sinking into debts.

Chodankar, while replying to a question, said that during every local body election, BJP is seen using government machinery and manipulation for victory.

“BJP does photo session with independent candidates, who got elected as councilors. This is to create fake image, that it is receiving support from pubic by electing their candidates, who actually are independent.” Chodankar said.