Congress to form government in Goa after by-elections: Chodankar 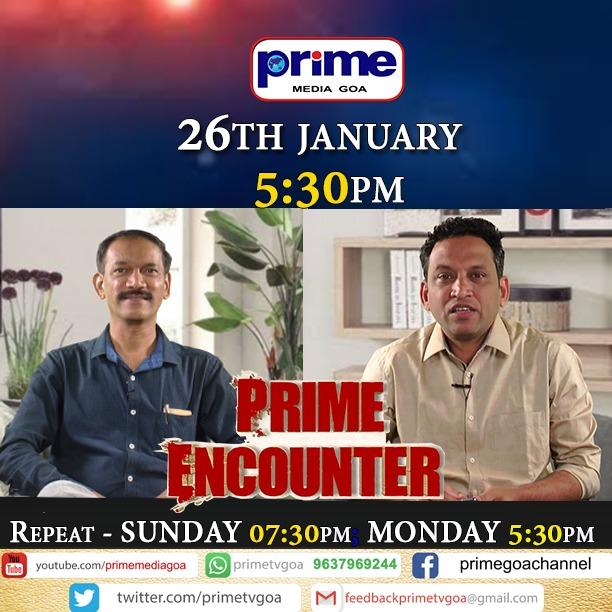 Panaji: Congress’ Goa Chief Girish Chodankar on Saturday said that they would be forming next government after the upcoming Shiroda and Mandrem by-elections in the State.

In an interview program ‘Prime Encounter’ by Rupesh Samant on Prime TV, Chodankar said that they are already in touch with five MLAs from ruling coalition whose support will be taken once they withdraw support to Manohar Parrikar-led coalition.

Congress is currently principal opposition party in Goa Legislative Assembly with 12 MLAs. The by-election in Shiroda and Mandrem Assembly constituencies has been necessitated after two of then Congress MLAs – Subhash Shirodkar (Shiroda) and Dayanand Sopte (Mandrem) resigned last year to join BJP.

“We have set in our mind which are the five MLAs who would be with us to form the government after upcoming by-elections,” Chodankar said.

He said that their (MLAs) support would be taken when they withdraw from the current coalition government to form a new one.

When asked who would have shown eagerness to join hands with Congress, Chodankar said “Those people who have trusted us, we can’t sell them off. You will come to know who are in touch with us.”

Chodankar’s statement comes at the backdrop of BJP’s ally MGP deciding to contest by-election against the official candidates in both the assembly constituencies.

“What MGP speaks is not in favour of anyone but they speak truth,” Chodankar said.

When asked whether Congress will go with MGP to form next government, he said “till they are with BJP, doors are closed. Once them withdraw the support we will consider taking them.”

Chodankar also appealed the like-minded parties to join forces during upcoming Lok Sabha elections and form “mahagathbandhan” in the State.

“ Whoever feels that Modi government has to go. I appeal to them that they should come with us.  We are ready for Mahagathbandhan in Goa,” he said.

“If people want, we will go for Mahagathbandhan. Those people who are against Modi and Parrikar government and those who feel that country and Goa is in danger, they should come together,” Chodankar said adding that although Congress goes alone, they will be able to clinch victory in both the Seats.

“Peoples’ mood is to get congress candidates elected on both seats of LS . But despite this we are not arrogant, we are not over confident,” he commented.

“We appeal parties like AAP which are against the government should come with us. I have already spoken to few of their leaders. Requested them to be with us,” he added.

Goa has two Lok Sabha constituencies , both of whom are represented in the Parliament by BJP MPs.