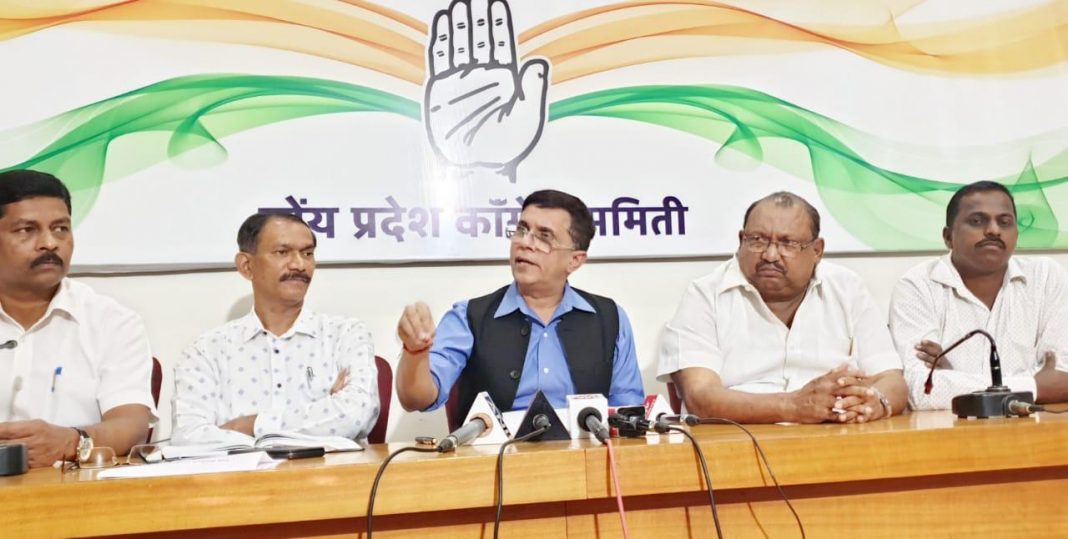 Congress National Spokesman Pawan Khera addressing a press conference in Panaji also sought to know whether Prime Minister’s office knows about such purchase of properties by Sawant, who is the chief minister of his party.

Pointing out to the election affidavit filed in the year 2017 by Sawant, Khera said that the chief minister had purchased 2,966 acres of land at Dodamarg in Maharashtra’s Sawantwadi locality in the year 2016 for mere Rs 38 lakhs.

“In Maharashtra, the land ceiling is 54 acres for agricultural land. You cannot buy more than that even if you are CM. We want to know how come the rule was bent for Sawant,” he questioned.

Khera said that on October 24, 2019 when Maharashtra Assembly election results were declared, Sawant along with his wife went back to Sawantwadi to register two more land deals in Dodamarg area.

“We demand immediate resignation of the chief minister for conflict of interest. He is busy buying land and going by the facts he has concealed some facts from his election affidavit,” the Congress leader said.

“We also want to know whether Sawant has furnished these details to the prime minister’s office,” he added.

Khera also accused Sawant of lobbying along with the locals in Maharashtra to merge Dodamarg area into Goa.

When contacted Sawant was not available for his comments. But the chief minister in the past reacting to the issue had said that all the properties that he has purchased are legally valid.