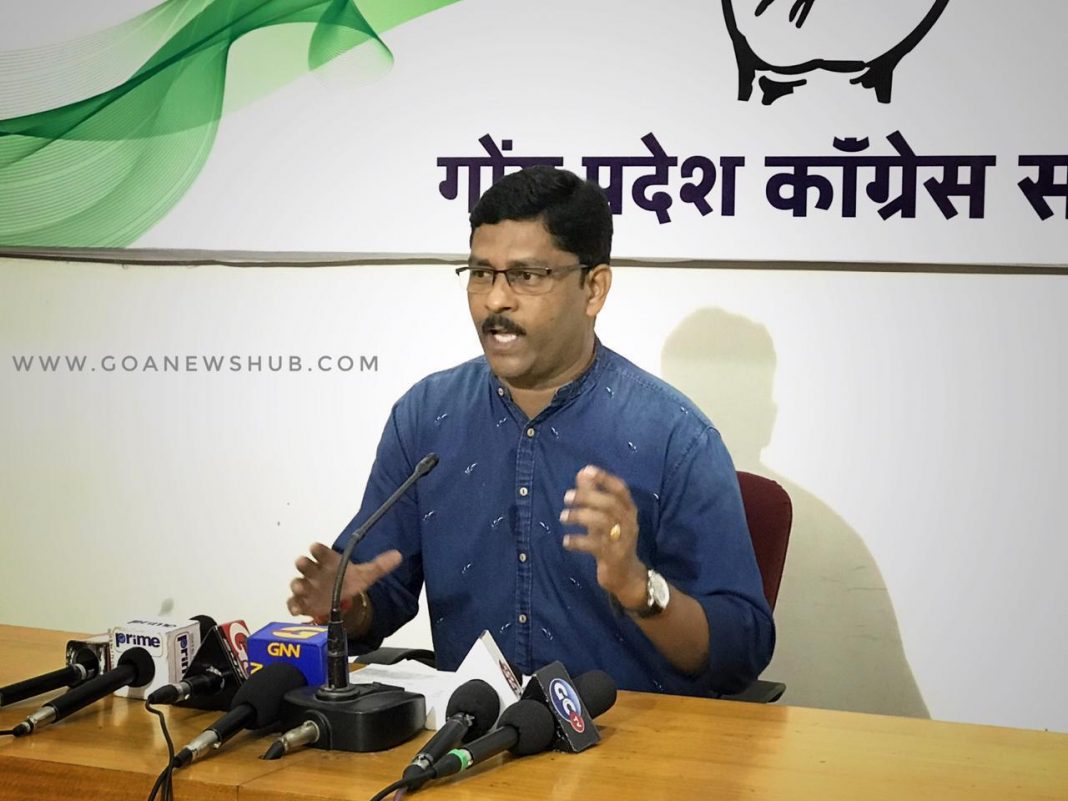 Panaji: The Saturday evening was marked with attempt of junior Congress leader, trying to create rift within Goa Forward Party (GFP), the allies in BJP led government, but the same was shot down immediately by Fisheries Minister Vinod Palyekar.

He alleged that Sardesai has proposed to drop WRD Minister and GFP MLA Vinod Palyekar from cabinet in return of major portfolio’s which are handled by Chief Minister.

“On that basis, Sardesai announced possible induction of BJP MLA Michael Lobo in the cabinet,” he added.

Within few minutes of the allegation, Palyekar reacted sharply and asked Panjikar not to play dirty politics. He said that Panjikar or Congress don’t have to educate him about his leader Sardesai. “Vijai is not like Congress leaders of Goa who don’t only sell the party tickets but also sell their loyalists for selfish gain,” he said in a statement issued.

Minister said that while going for alliance, Sardesai had fought for inclusion of him and Jayesh Salgaonkar in the cabinet with BJP national leader Nitin Gadkari and Parrikar, while even stating that he is ready to be out of cabinet but Bhandari samaj has to be represented.

Minister has advised Panjikar to desist from the age old practice of trying to fish in troubled waters as all is well in the ruling coalition and that Parrikar led government is safe and stable.

Previous articleWith the overall cleanliness, the cleanliness of mind is also required: Siddhesh Shripad Naik
Next article03 minor children rescued at the start of tourist season by Calangute Police