Collaboration on Buddhism proposed between Goa and Kapilvastu 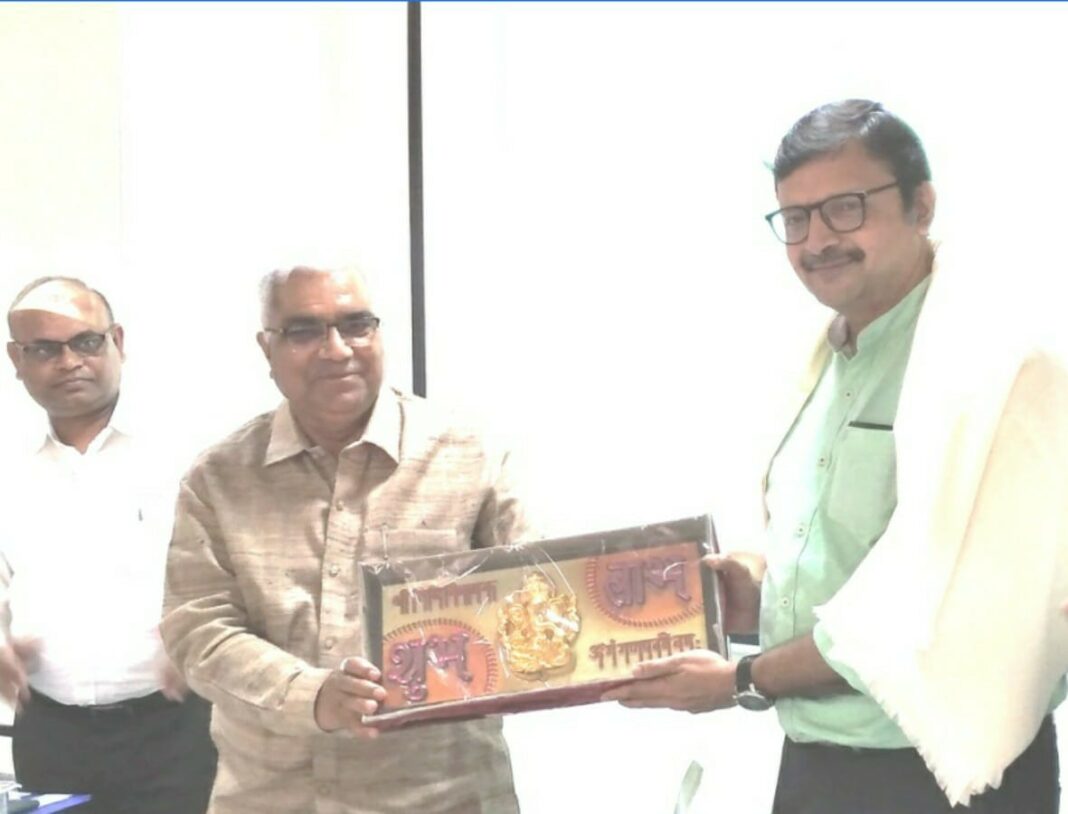 Bambolim: A proposal for preliminary  collaboration was discussed at an event held recently at Siddharth University, Kapilvastu, Siddharthnagar, U.P. with Goa University on issues relating to Buddhism from a multidisciplinary perspective given the location and growing interest on the theme at both the Universities. The recently established Siddharth University has an abiding interest on Buddhist studies, being located at a place known as the playground of Prince Siddharth, later known as Gautam Buddh. Goa University too has initiated a Dalai Lama Chair on Nalanda Studies, apart from its earlier exchanges on Indo-Buddhist learning. The interaction could begin in a virtual mode between the two universities and could be expanded at a later stage, it was proposed.

At an event held later on occasion to commemorate ‘Azaadi Ka Amrit Mahotsav: 75 weeks of celebrations of 75th year of Independence, Prof. Rahul Tripathi, Head of Department ,Political Science, Goa University  highlighted the accomplishments and challenges of Indian Democracy. He pointed out that India’s central role in global post COVID strategy is increasingly being recognized as it seeks to reignite its economic growth.

However, the target of a 5 trillion economy without appropriate horizontal and social spread could create hurdles. While Indian democracy has stood out as a distinct experiment of an unprecedented nature, the political discourse in India needs to set the tone for accepting diversity and pluralism for the rest of the world, he asserted. The Buddhist path of enlightenment, reason and middle path ought to show us the way out from the present frictions facing the world , it was pointed out.

Prof. Surendra Dubey, Vice Chancellor, Siddharth University in his remarks pointed out the deep civilizational and cultural legacy of secularism that India always had and the material and spiritual wealth that existed at the time, as providing a basis for India to move forward. He cautioned against the excessive use of ‘Nationalist’ rhetoric by political groups as that created wrong impressions in the minds of people . Dr Avinash Pratap Singh, Department of Political Science, Siddharth University, coordinated the event.