CM is made “pappu” by people like Michael Lobo: Rohan Khaunte 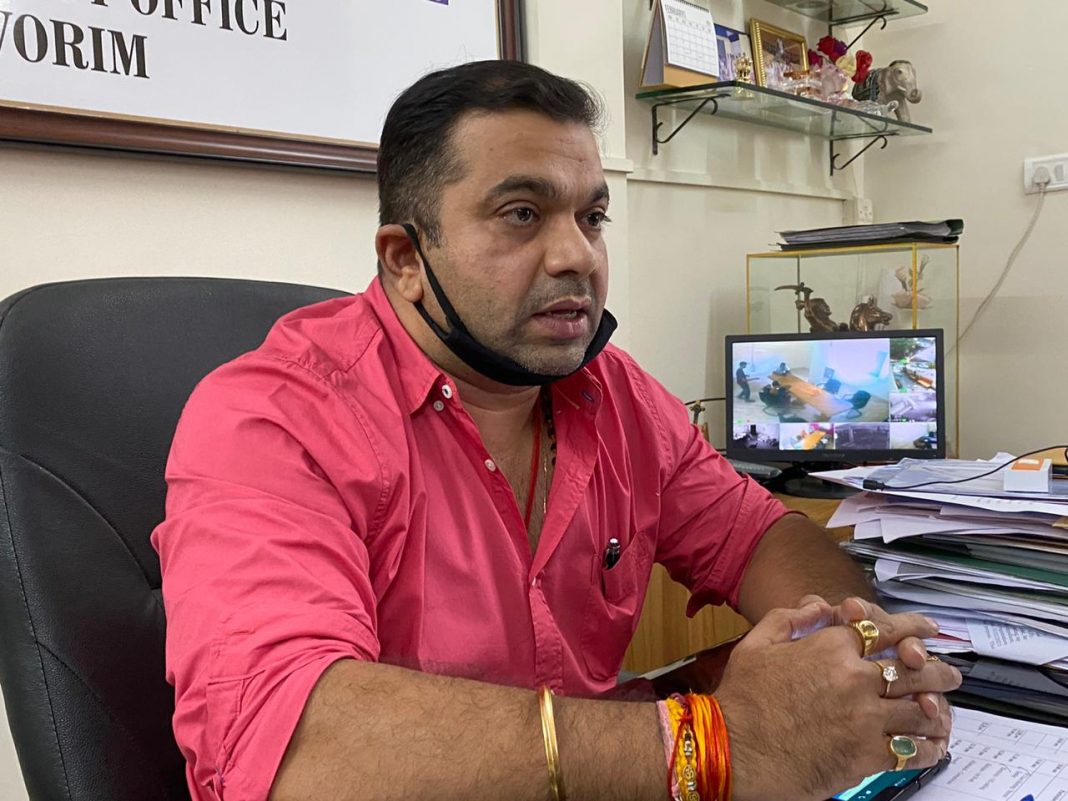 Porvorim: Independent MLA Rohan Khaunte on Thursday mounted attack on his Calangute counterpart and Port Minister Michael Lobo accusing him of being responsible for rise in COVID-19 cases in Goa.

Khaunte also alleged that Lobo has made CM Pramod Sawant as a “scape goat” in the entire COVID-19 episode.

He said that CM has been made “Pappu” by the people like Lobo, who have suddenly gone into hiding after the number of cases, resurfaced in the State.

Khaunte said that BJP and its cronies are “busy defending every action of CM, and blaming God, if there is any mistake.”

“We feel bad that  we have been dragged from Green Zone to Red Zone due to illegal entry granted to non-Goans. We want to know who should be held responsible for this,” he said.

“ Who is supporting non-G?oans who are coming here?,” he questioned pointing out that the locals have been frustrated in the areas like Candolim, due to which the direct accusation could be made towards Calangute MLA Michael Lobo.

“Where is Michael Lobo now? Where has he disappeared? Has he gone into hiding? The one who was giving personal letters for inter-state entry of trucks carrying vegetables, has now suddenly vanished,” Khaunte said.

“I was told that he is busy entertaining the Delhi crowd which has illegally entered the state,” he commented.

The Porvorim MLA said that all the illegal crowd that enters Goa bringing in infection travels to Calangute, where hotels have already started their business against Union Ministry of Home Affairs guidelines.

“Lobo has been on the forefront to sell Goa,” he alleged.

Khaunte said that quarantine tourism has started happening in Calangute which is the biggest threat to Goa of spreading the infection.

While government has failed to give roadmap to bring in Goans who are stranded outside,  Corona has become a commercial mechanism for this government, he said.

Khaunte commented “people are afraid. Zero cases from May 12  and now we are touching 50. This is alarming. The curve should have flattened. It is increasing. Government should declare which zone Goa is right now.”