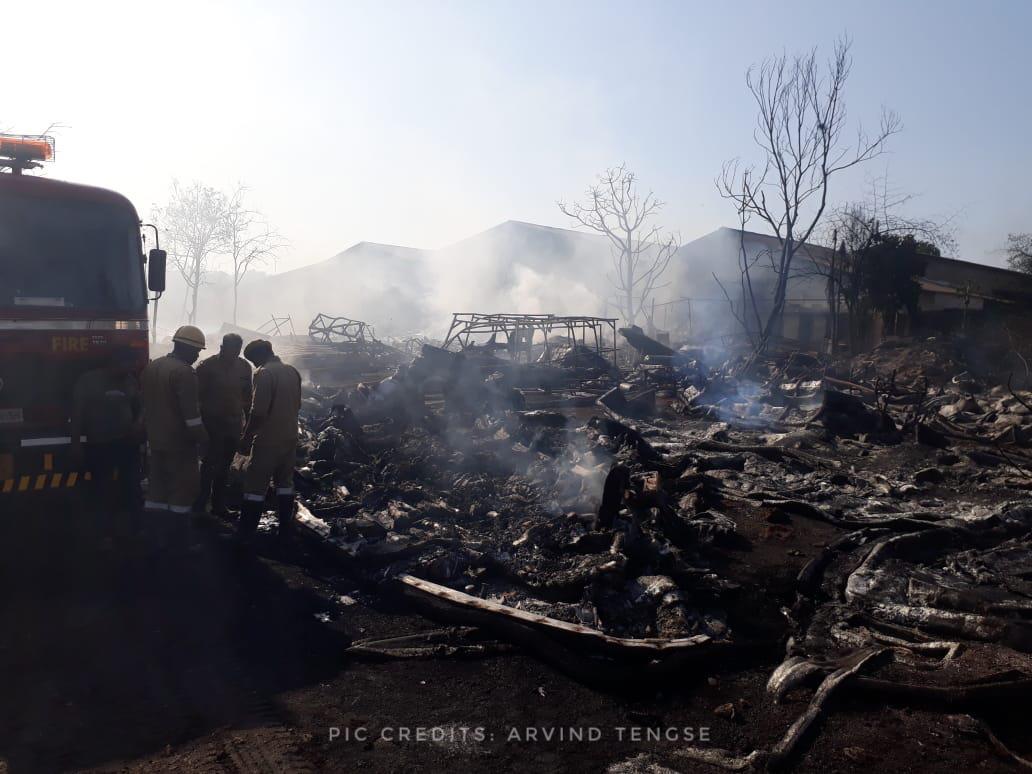 Cuncolim: In all ten ready-to-ship fibre glass boats worth Rs 10 crore were gutted in a fire in a factory at Cuncolim Industrial Estate today.

Police sources stated that initially the fire spread to the factory from the dry grass which was burning.

The factory “Boat Craft” was gutted in the fire along with ten ready to ship fibre glass boats. The equipment and other essentials in the factory was also burnt.

Sources stated that the unit is owned by one John Fernandes from Colva. Total 15 fire tenders were pressed into action to control the fire. 45 fire brigade personnels were involved in the operation which saw 35 people from neighbouring factories being evacuated to avoid loss of life.