BJP is trying to crush my family: Subhash Velingkar 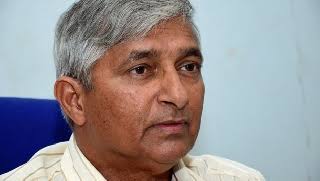 Velingkar’s reaction came at the backdrop of arrest of his son, Shailendra, who was one of the leader that had visited Valpoi town on Wednesday to support locals agitating against proposed IIT campus in their village.

Velingkar, who is friend-turned-foe for BJP in the state, took on to twitter to criticize the arrest of his son.

“Goa BJP govt and party have started part three of their political vendetta, getting my son Shailendra arrested today by Crime Branch. They want to crush our family deadly (for) exposing their blunders,” the former RSS Goa chief tweeted.