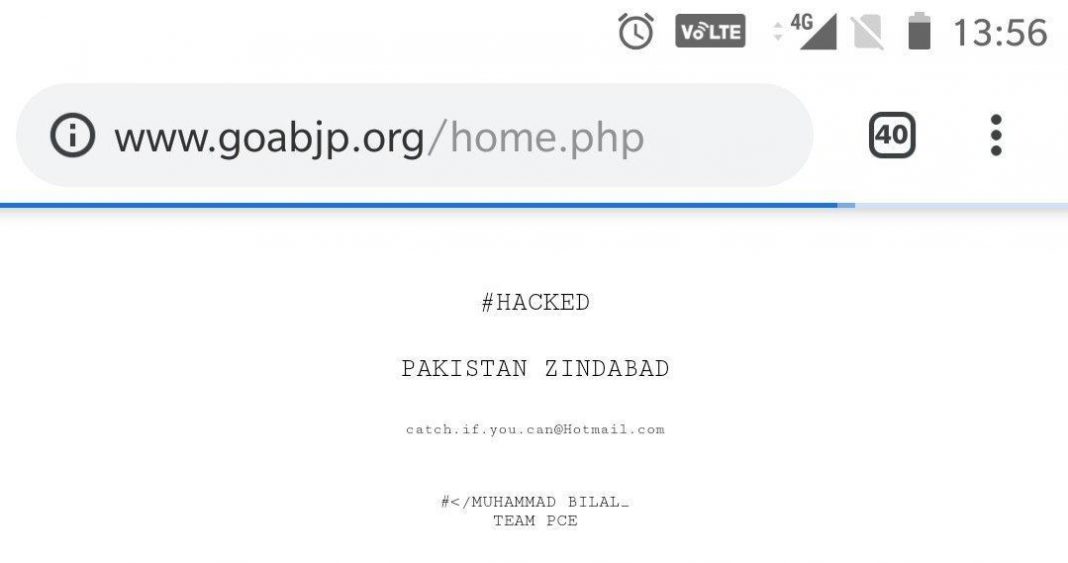 Panaji: The former official website of BJP Goa was hacked today by unknown hacker who posted the slogan of “Pakistan Zindabad” on it.

The website was operational in past before the national party integrating their state units with the new website.

The hacker after breaking into the site left a message “Pakistan Zindabad.”

The website that was hacked was www.bjpgoa.org, while the new domain iswww.goa.bjp.org.

The hacker after intruding in the website also left a message “catch.if.you.can@hotmail.com”

While BJP Goa General Secretary Sadanand Tanavade refused to divulge much details, a senior official attached to party’s IT cell in Goa said that the new official website has been provided with the anti-hacking security.

The websites of BJP across the country start with the name of states likewww.Maharashtra.bjp.org, he said.

There was no formal police complaint filed with the local police station by the party.