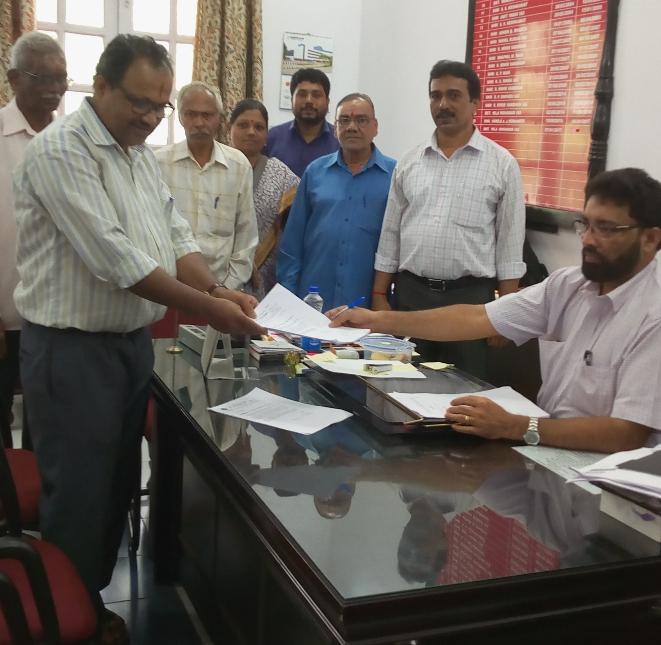 Panaji – Hindu Janajagruti Samiti (HJS) has submitted a memorandum to the administration demanding to put ban on the sale of plastic National Flags on the eve of Independence day. HJS delegation submitted memorandum to NG collector, SG collector and Dycollector of Marmogao, Pedne, Mapusa, bicholi and Ponda. Also copy of this memorandum has been given to respective police stations.

The memorandum states that the plastic or paper Flags that are held in the hand on the ‘Independence Day’ with great honour and love during the flag hoisting ceremony, are seen lying on the streets, drains, filthy places in the afternoon of the same day itself. Besides the plastic flags remain there for a long time as plastic does not get destroyed and passersby are forced to ignore the dishonour to the flag. This is an insult to the bold patriots who suffered bullets of the British and the Portuguese on their chest to save the honor of the Flag.  Goa Government had banned the sale of plastic flags on the last Independence Day. We appeal to the Government to publish a notification immediately to ban the plastic National Flags this year too and take serious steps to implement the order of the ‘ban’.

Previous articleDilip Parulekar’s trial to begin in serula comunidade land grab and cheating case
Next articleGoa Forward Party will not be just three MLA party during next tenure: Sardesai