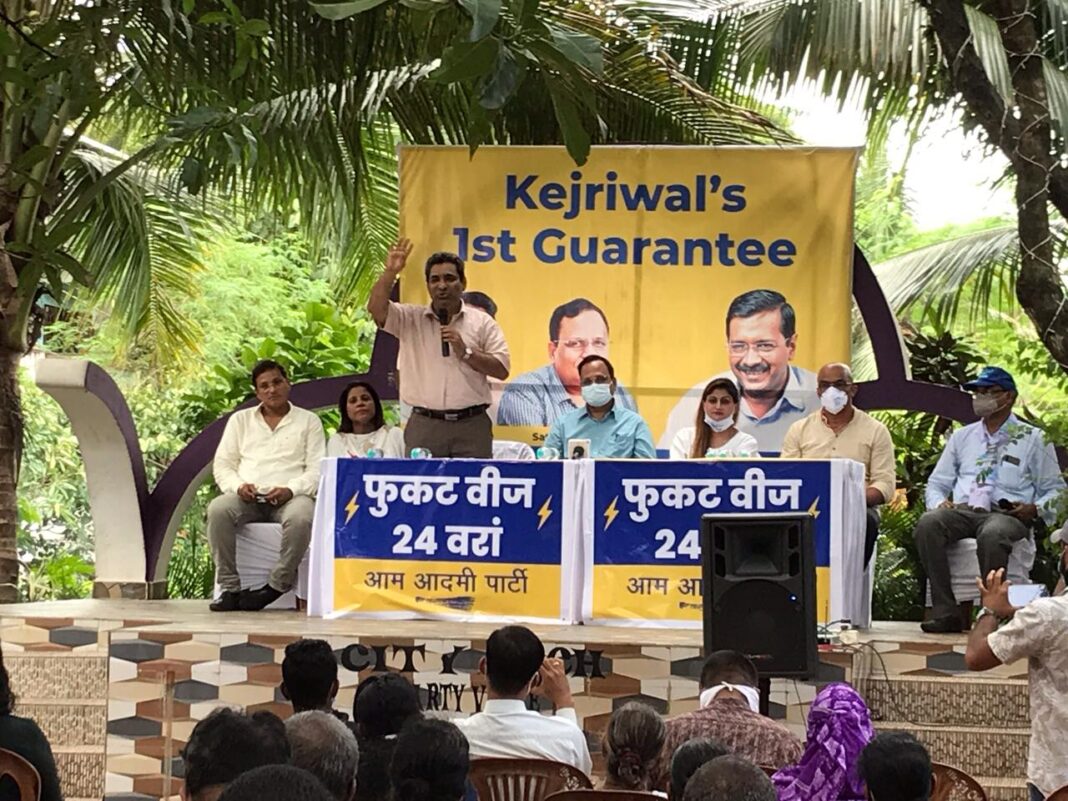 Panaji: Power Minister of Delhi Honorable Satyendar Jain arrived in Goa in advance for his debate with BJP Goa power minister Nilesh Cabral  & took to meeting Goans who would gain the most from AAP’s power Guarantee. Jain met women’s groups in Curchorem, Nilesh Cabral’s constituency & Farmers in Saligao. Women of Goa are directly impacted by the rise in electricity tariffs & price rise whereas Goan farmers are suffering due to lack of support from the Govt on multiple issues from field destruction to support for crops management. Jain highlighted that despite plans being made Goa still doesn’t have underground cabling, due to only corruption of the BJP. 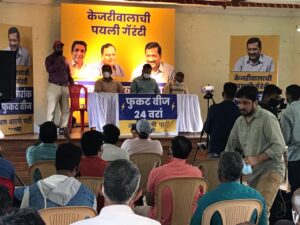 While addressing the meetings Satyendar Jain said BJP & Congress are scared as AAP wants to provide Goans due rights. This would put the end of the BJP & Congress’ profiteering out of Goans pockets.
“If Ministers can get free power than why can’t common Goans who work day and night to feed their families and support the dreams of their children” said Satyendar Jain. “If we can do this in Delhi than why can’t it be done in Goa? Why is it that the BJP has money to buy Congress MLAs but have no money to give Goans their rights?” added Jain
“Why must the women, the wives,daughters and mothers of Goa suffer while MLAs receive free power? Why must the farmers of Goa, who put food on our plates suffer while MLAs are bought left right and center by the BJP & sold by the Congress. This evil nexus must end and the only party who can do that is AAP. While BJP has bought Congress MLAs from Goa, they have failed to buy even a single MLA from AAP” added Jain 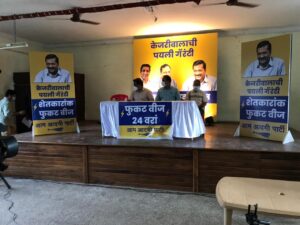 In Curchorem Satyendar Jain heard the concerns of women’s groups. The women of Curchorem narrated that they found it difficult to manage their homes due to price rise and the economic slow down due to the pandemic. On top of these things they also received high and inflated electricity bills and zero support from the BJP Govt.  They echoed the need for AAP’s guarantee for 24/7 300 units of free electricity.
The Farmers of Saligao narrated how they were abandoned by the Govt, how they were not protected or given any incentives when crops failed. How changes in the Sal river left many of them struggling for their harvests. The farmers of Goa said they felt left out and ignored, despite being the people who put food on the plates of Goans. They wholeheartedly endorsed AAP’s guarantee of free power to farmers.