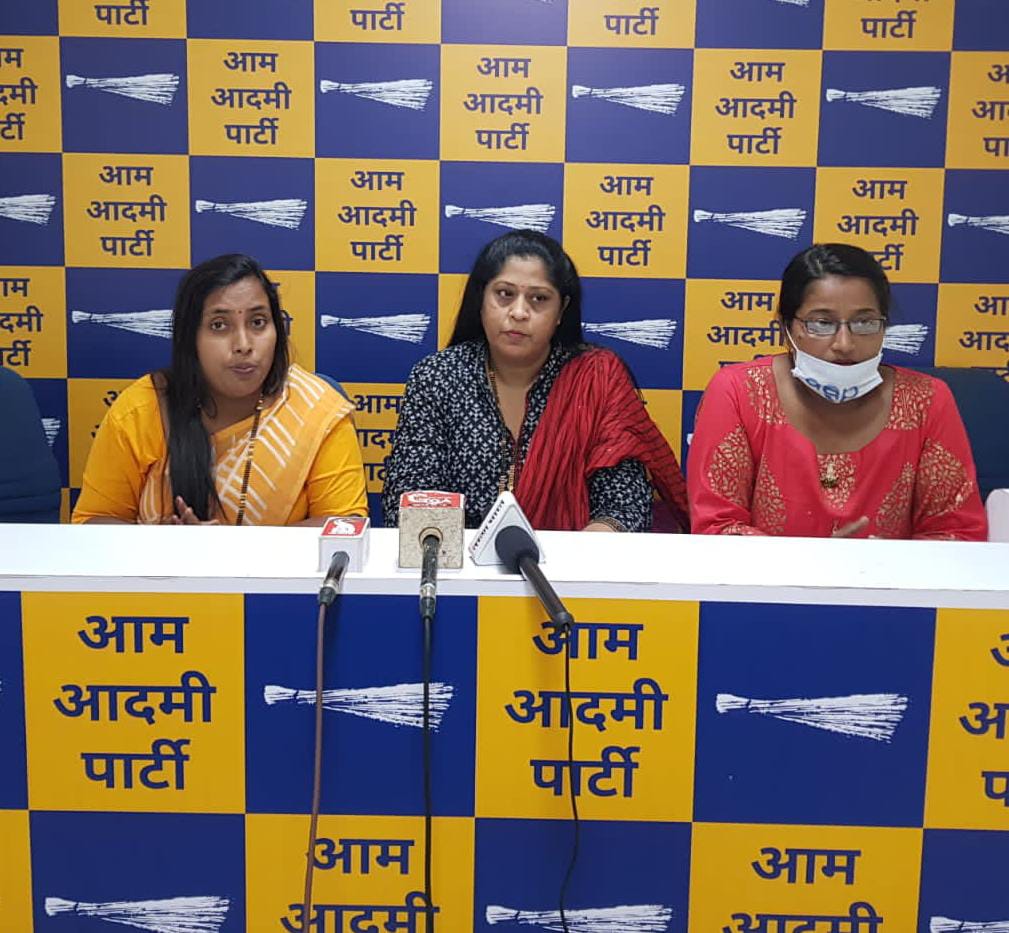 Panaji: The AAP women’s wing today slammed the Sawant Sarkar for rising crimes against women. Recent NCRB statistics have stunned Goans along with shocking cases in the last month. Goa’s rape rate is 7.8%, double as compared to the national rate of 4.3%. Goa has one of the highest rates of Human trafficking which is shocking for a state this small moreover there is massive pendency in cases of violence against women at 95.7%. Even the State Commission for Women is defunct. Is the law and order machinery sleeping?

AAP has demanded a special court for cases of violence and crimes against women. The Govt must set up courts to deal with such cases to get rid of the incredibly high pendency in courts. The Govt has not taken any steps to improve the situation in terms of increasing patrolling or making women feel confident in Goa. In the Siddhi Naik it was found that none of the CCTV cameras in Calangute were operational. The same case can be found in Mapusa where the girl waited at a bus stop. Infact CCTVs in Goa serve a more ornamental than security purpose in Goa as many a times they are found to not be working. This effectively means they don’t serve as a deterrent and this impacts the safety of women all over Goa.

This year Goa has been witness to many attacks on women, whether it be the Benaulim rape case or the Siddhi Naik case. Goans were shocked by a rape case in Benaulim where people pretending to be Govt officials raped two minors this was quickly followed by rape case in Quepem. The Benaulim rape case made national headlines both for its gruesomeness and for Pramod Sawant’s callous statement blaming the victims’ families. More recently Goa was shaken by the Siddhi Naik case and watched in alarm as the family had to go from pillar to post to fight for justice
Overall the Sawant Sarkars attitude has been lax and one that has helped rather than hindered criminals. In the Benaulim case Sawant blamed the family of the victims, in the Siddhi Naik case the police are yet to make a headway and the family is distraught. Petty crimes like chain and phone snatching have become common.

“It is shocking that Goa once considered a safe state is seeing such a high rate of crimes and we are seeing that Goa has a higher rape rate than the national average. The Govt has turned law and order into a joke!” said Adv Sushma Gaude AAP Goa Women’s Wing Vice President. “Is this women’s empowerment? If women are afraid to leave their houses? And when crimes take place against us the Govt and CM holds us, the victims responsible? Why is it not easy for us to access justice? Why is Siddhi Naik’s family having to run pillar to post for justice?” added Gaude

“What is the Govt doing to protect the women of Goa? The CM has failed to protect Goa and it’s women. If all the CM knows is making statements blaming victims and doesn’t know how to give safety to women than he should resign” said Patricia Fernandes AAP Womens Wing President