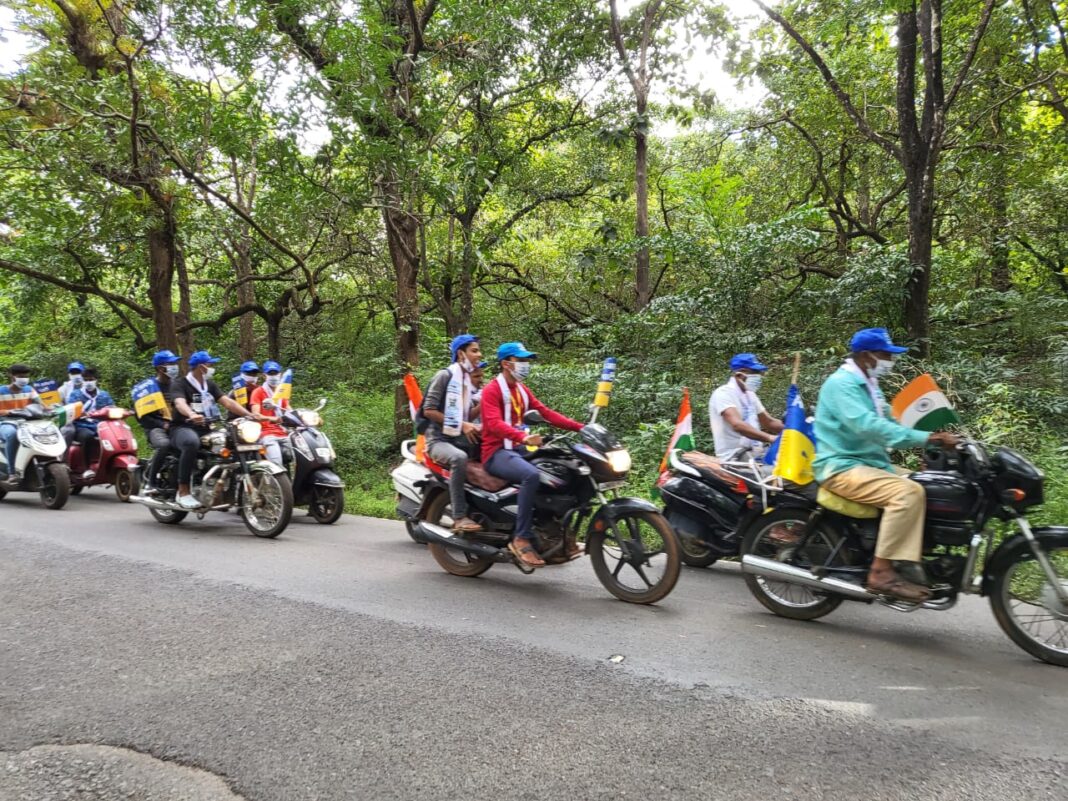 The Aam Aadmi Party’s Rozgar Yatra reached Cuncolim today and was led by AAP Cuncolim Assembly incharge Prashant Naik. Naik was joined by 100s of AAP volunteers who took out a huge rally. Naik then conducted Booth level meetings across the Assembly in Balli, Demani and Pazorconi. The meetings were attended by large number of residents who were angry at being betrayed by their MLA Clafasio Dias who sold their mandate and joined the BJP.

Many Goenkars were curious about the Kejriwal model of Employment. Goenkars are already impressed by the Kejriwal model of electricity, school and healthcare amongst other things. Cuncolim youth are tired of being cheated of jobs and are excited that AAP will bring transparency to the recruitment process. Youth are also interested in the support of INR 3000 that AAP will give to the family of unemployed Youth and compared this to how the Sawant Sarkar has failed them 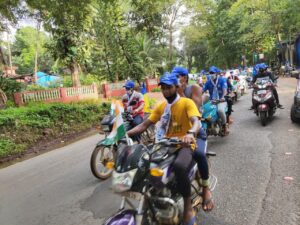 The Youth of Cuncolim feel cheated out of Govt and Private jobs as they feel that 80% reservation for Goans in the private sector for jobs is the need of the hour. In terms of Govt jobs they feel that transparency is 100% needed and want the AAP model of zero corruption in job allocation. Another concept that has fired up residents is the setting up of the Skill University as this would allow Goenkars to compete better for jobs and increase their employability. 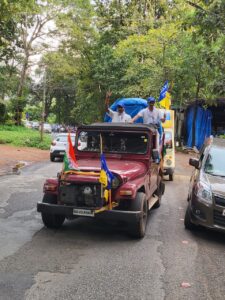 In Siolim residents have lost jobs due to the lockdown as the constituency is dependent on tourism. Many hoteliers and restaurant owners have felt the pinch of the drop of tourism. Taxikars have lost their livelihood and also many families like shopkeepers who are dependent on tourism have completely been left without aid. Residents hailed Arvind Kejriwal’s support to Taxikars and asked why the BJP could not do the same. Many youth who have lost jobs due to the slow down in tourism are supporting AAP as the party has promised work and a support if INR 5000 till they get jobs.

Arvind Kejriwal in his visit to Goa last month had announced his guarantee of providing employment to every youth when the Aam Aadmi Party government is formed in the state. He had promised that every youth will be given employment and Rs 3,000 per month till the employment is provided. Kejriwal announced that 80 percent of jobs in the private sector will be reserved for the youth of Goa. Rs 5,000 would be provided monthly to families who lost employment due to shutdown of tourism and mining. AAP Government will further establish a Skill University in Goa on the lines of Delhi’s DSEU. AAP will bring an end to nepotism in government jobs in Goa and the jobs will be made available to the common man

“Cuncolim’s Youth are tired and frustrated of being passed over for Govt and Private jobs. Arvind Kejriwal’s promise of 80% reservation of jobs in the private sector for Goans. Youth are not getting jobs in facotries that are being set up in their own lands” said Prashant Naik AAP Goa Cuncolim Assembly incharge. “Residents of Cuncolim are very excited about the Skill University that Arvind Kejriwal has announced. They say that there is a need to teach employable skills” added Naik

“In Siolim we have a huge problem as many people have lost a lot due to the tourism slow down. Yet the Sawant Sarkar has turned a blind eye.” Said AAP Siolim leader Vishnu Naik

“Youth are asking where are the jobs and support for them. The BJP has completely forgotten Siolim” said Pujan Malvankar AAP Goa Youth Wing President (North)