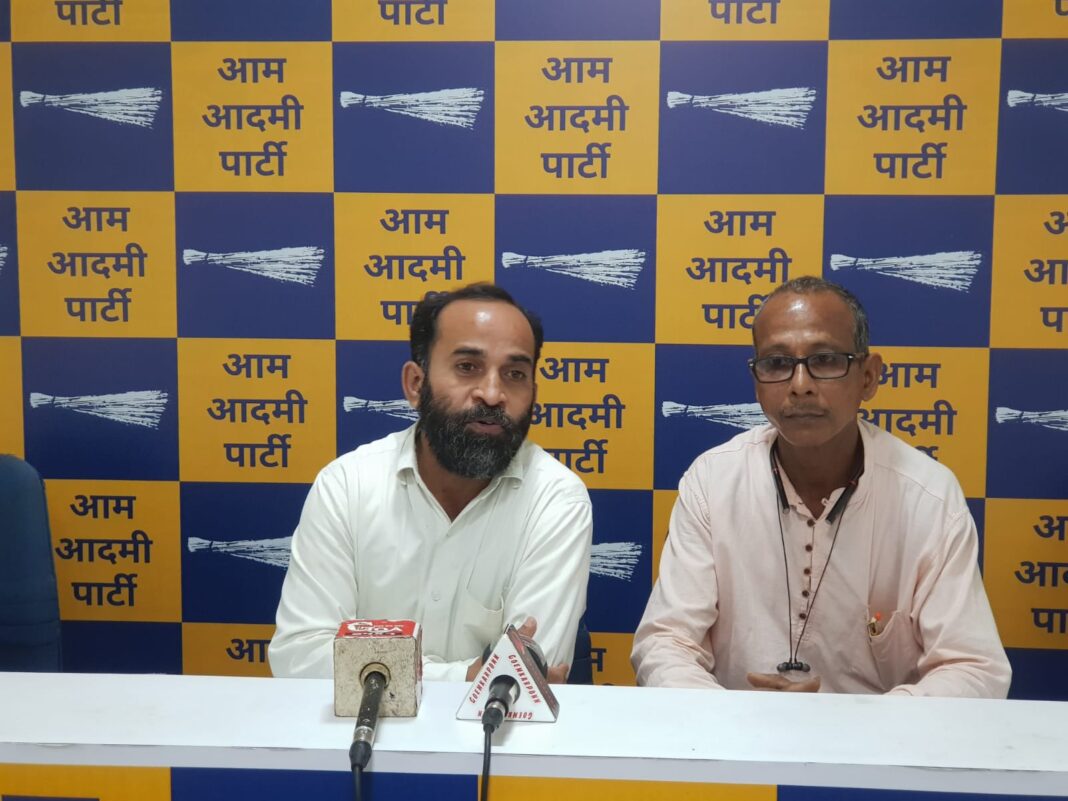 The Aam Aadmi Party on Friday demanded that the Govt take residents of the villages to be impacted by the Pernem entertainment village into confidence about the project and stated that the Gram sabha has to be taken into confidence in the case of such projects. Stating that the land is not the Private property of Babu Azgaonkar and Dayanand Sopte is not the owner of Goa’s land, the AAP found it surprising that time and again the Govt was not taking Goenkars into confidence before setting up Mega Projects.

The villagers of Pernem Mandrem and Siolim have not been taken into confidence with this project and once again Gram Sabhas have been ignored while taking important decisions that impact land usage and other parts of the lives of villagers. Earlier this year AAP leader and Mandrem Assembly Incharge Adv Prasad Shahpurkar led villagers to protest these actions by the Sawant Sarkar.

The BJP Govt has a habit of behaving like the land belongs to their MLAs and leaders and they have exclusive rights to develop them without consulting Goenkars. The same situation was noticed in Shel Melauli where the local MLA Vishwajeet Rane was pushing the mega project down the throats of villagers so that those close to him could profit the most out of it.

It may be remembered that in 2016, an Interim Tourism Policy showed that a “Gaming District” was proposed along the Chapora River in North Goa. This masterplan showed casino-based tourism in large parts of Pernem and Bardez talukas. After public uproar, this part of Tourism Policy was shelved, and the issue was swept under the carpet. However, it appears the same master plan is being executed, but in piecemeal fashion so as to avoid a public backlash. This Entertainment City is the first pieces of the overall masterplan.

What is sinister is the way the plan is being implemented. In 2019, TCP gave permission to convert land that was natural cover, cultivation, and irrigation command area. In Dec 2020, IPB gave in-principle approval for this integrated resort called “Entertainment City”. Now in 2021, IPB has granted final approval to 100-acre project. All this while no consultation was done with people through gram sabha, regarding scope of project, employment opportunities, environmental impact, or socio-cultural impact.

The AAP insists that the villagers who will be impacted be first consulted and all their opinions be brought on board before such projects are implemented. Goenkars can no longer be held hostage as MLAs act as agents for selling their land for the highest profit.

“Time and again we are seeing that the villagers of Goa are being ignored during the setting up of the Govt’s pet projects. If the Govt truly believes this is a good move why have the kept villagers and the Gram Sabha out of consultation?” said AAP leader and Mandrem incharge Adv Prasad Shahpurkar.