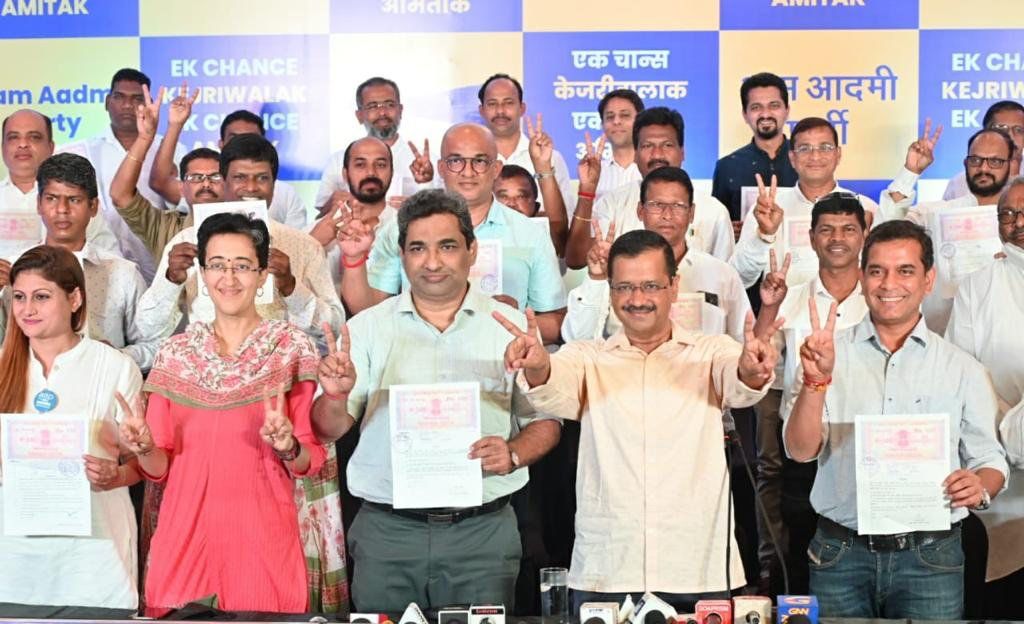 Panaji: In a bid to assure the voters that its candidate will not indulge in corruption or defect, Aam Aadmi Party on Wednesday got affidavit sworn from all its candidates for upcoming Goa election.

AAP National Convener Arvind Kejriwal in presence of party’s all the 40 candidates addressed a press conference during which it swore an affidavit.

Kejriwal said that the candidates have sworn in on the legal affidavit that they would not be indulging in corruption and also will not switch over to any other political party during the tenure.

“The biggest problem in Goa’s politics is its frequent defections. We want to weed it out even before people vote for our candidates,” the Delhi chief minister said.

He stated that the candidates have also sworn in the affidavit that they would not be indulged in any kind of corrupt practices.

Kejriwal said that the affidavit carried weightage as it’s violation by any candidate will amount to legal breach of trust.

He said that the photocopies of the affidavits would be circulated by the candidates amongst the voters by respective candidates.

Kejriwal said that AAP is determined to give honest government, for which, ruling out defections is one of the most important aspect.

Kejriwal is on four day long visit to the poll bound state where the party is contesting on all the 40 assembly seats.