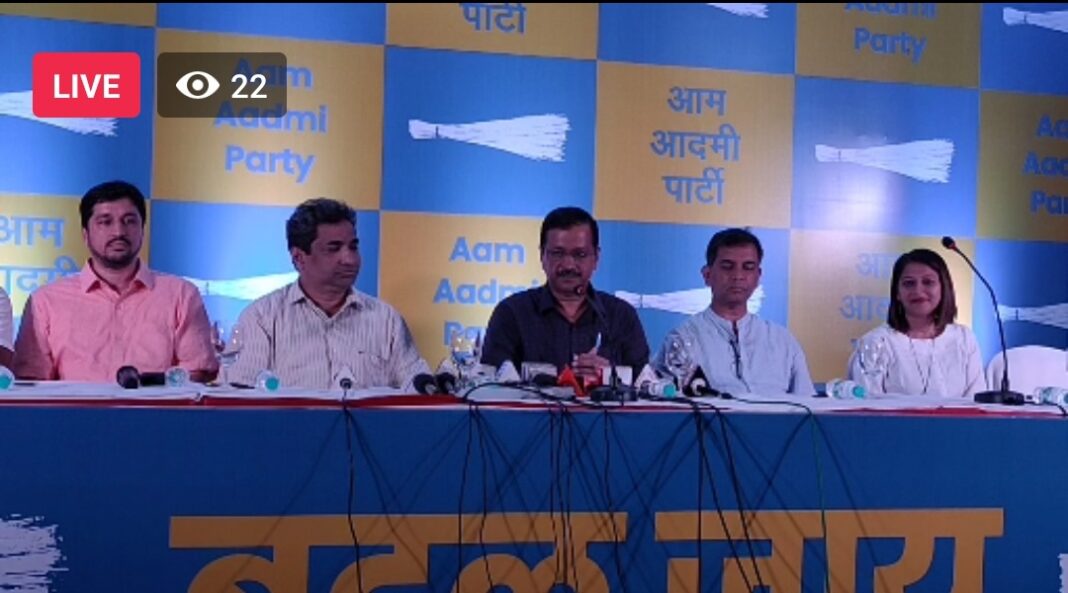 AAP National Convener Arvind Kejriwal told mediapersons in Goa that AAP will give first corruption free and honest government in the State.

He said that the guarantee of corruption free government is being given based on track record of AAP government in Delhi, which has even sacked its own minister asking for a bribe from a shopkeeper.

Kejriwal said that even ministers or MLAs wont be spared from the punishment, if they are found demanding bribe.

The Delhi Chief minister said that the government will also stop petty level of corruption by introducing doorstep delivery of services.

“We have already introduced doorstep delivery of services in Delhi. All the government services would be available at your doorstep,” he said.

Kejriwal said that the government officers visit the applicant’s residence to collect the documents. “Similar this will be introduced in Goa. Right from your panchayat work to the assistance from chief minister, everything will be at your doorstep,” he said.

The AAP leader said that within one month of forming the government you will see huge changes in the way government functions.

He said that the government will also help the industrial houses to conduct their business in the State.

Kejriwal said that the re-entry of industries, which has left from the state, would be facilitated by the government by providing them all the required assistance.

When asked about pre-poll alliance with Trinamool Congress Party, he said that the party is not even in the race.

“There are 1350 parties in the country, should I start mentioning everyone,” he shot back when asked about his silence on TMC.

Kejriwal said that TMC do not have even one percent vote share. “You cannot win the election merely on posters. You need to work and take your achievement to the people asking for votes,” he said.