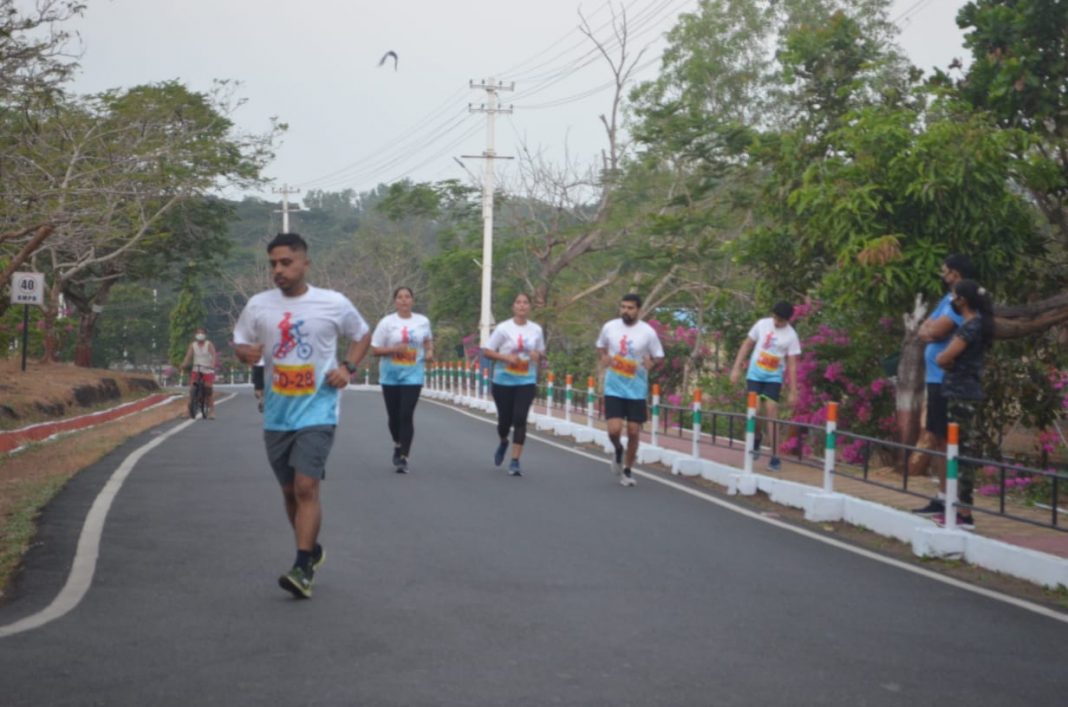 Panaji: To commemorate the 60th year of Goa Liberation, a Duathlon (Run-Cycle-Run) was conducted on Sunday at INS Mandovi, Indian Navy’s premier training establishment in North Goa. The event was conducted in Olympic and Super Duathlon categories of 18.5 km and 43 km respectively. 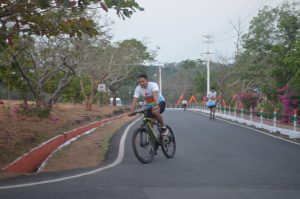 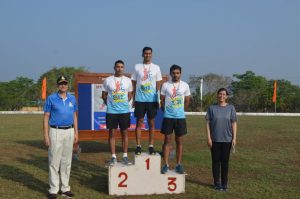 The winner in the women’s Olympic category was Deepika while Natasha won the super Duathlon. In men’s Super Duathlon, Hitesh SSR won in 20-30 years, while Lt Cdr Vivek Bhatt won in the 30-40 yrs category and Prajapat, CPO bagged the first position in 40-50 years age group. In addition, a walkathon of 4.5 km was also conducted.
Over 70 participants took part in the event, with the youngest participant being 10 years and the oldest 54 years. The event was undertaken strictly adhering to  COVID protocols, and all participants were given a mask in addition to the medal.

Previous articleLimit on number of visitors in monuments removed by ASI
Next articlePresident of India visits Mahalsa Temple, blesses a newly wed couple