SSC results of Goa Board to be announced on June 01 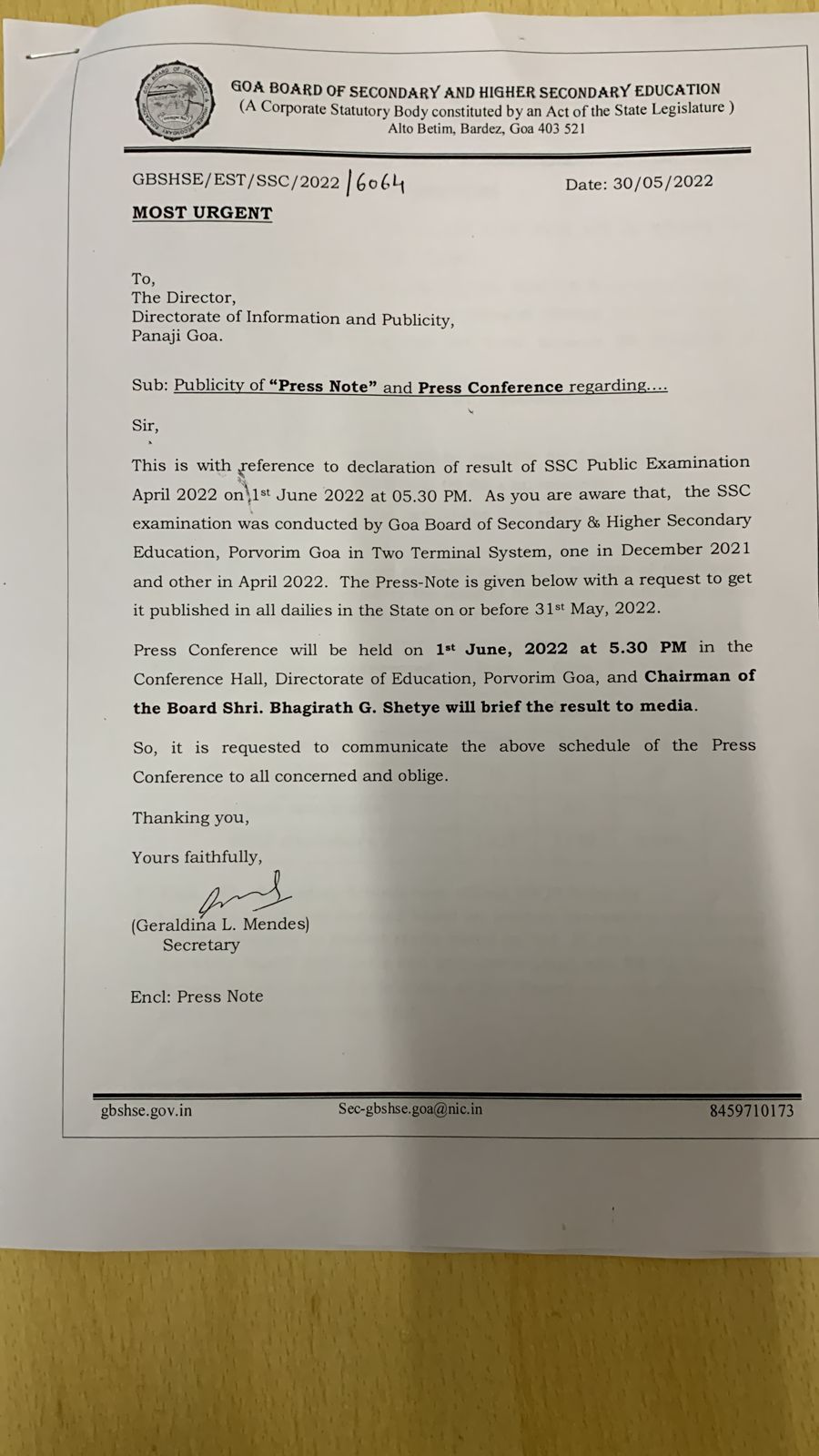 Panaji: The results for the Secondary School Certificate (SSC) examination held by Goa Board of Secondary and Higher Secondary Education will be announced on June 01.

In a press note issued here, Board Secretary Geraldina Mendes has said that the results of SSC examination, the tenth standard, would be announced on June 01 at 5.30 pm.

She said that Board Chairman Bhagirath Shetye will declare the results in a press conference scheduled to be held at Porvorim, near Panaji.

Mendes said that the Board had conducted SSC examination in two terminal system, one in December 2021 and other in April, 2022.

She said that the examination was held at 31 examination centres and 173 sub-centres across the state.

Total 20,572 students had appeared for the examination, she said adding that the last year results was declared based on internal assessment and special scheme designed to finalise the results.