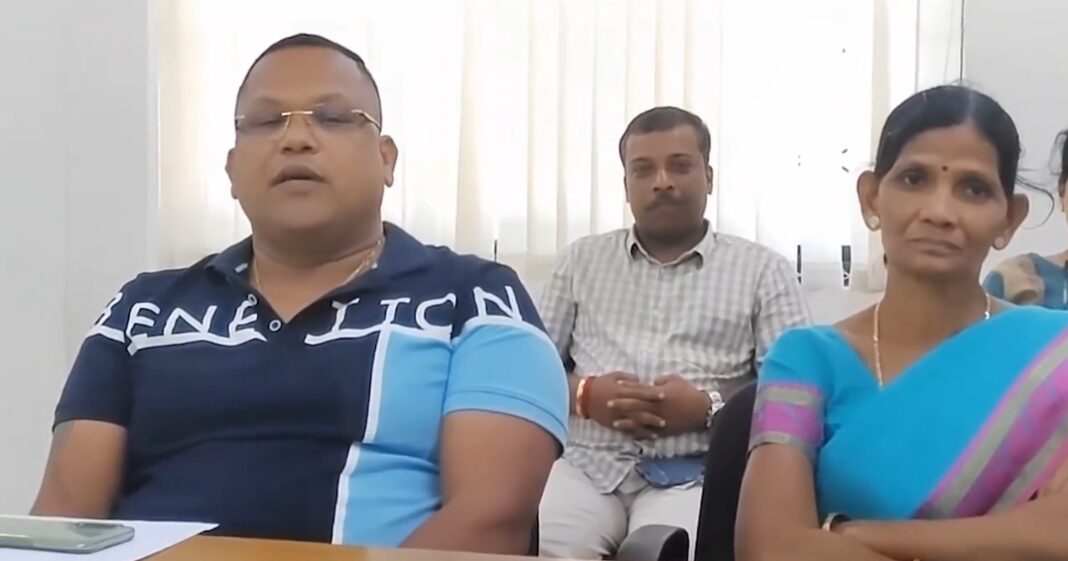 Porvorim: Within few days of winning confidence of majority of the panch members, Succoro Sarpanch Anil Pednekar is facing no-confidence motion from his own colleagues after he attempted to join hands with the opposition.

Pednekar’s changed stance in the panchayat, going back on his words, joining hands with opposition and shifting from the development agenda of PorvorimMLA Rohan Khaunte has been cited as the reasons by a group of panch members who signed no confidence against him.

Anil Pednekar, who apparently has nurtured political ambitions ahead of upcoming Goa Legislative Assembly polls, was recently seen hobnobbing with former Sarpanch Sandeep Vazarkar, whom he had defeated on the charges of illegalities, land grab and fraud in the panchayat body. Pednekar is leaning towards Trinamool Congress Party (TMC).

The panch members claim that Pednekar was doing “exactly opposition” to what he was elected on for the post of Sarpanch.

The peep in the history of Succoro panchayat reveals that Pednekar enjoyed support of Khaunte recently after he promised to undo the alleged illegalities of Vazarkar. The panch members supporting Khaunte voted in favour of Pednekar with the hope, but found that he changed within no time.

The no confidence motion notice has accused Sarpanch of not taking them into confidence in development and other activities, failing to act against illegal construction, land grabbing and illegal encroachments. The panch members have said that the Sarpanch also failed in discharging his duties as per the Panchayat Act.

Addressing a press conference on Thursday, group of panch members said that they had removed Sandeep Vazarkar from the post for being involved in illegalities pinning hopes on Pednekar. “But Pednekar too turned the same and even made announcement that opposition panch members are also supporting him,” said Sandeep Manjrekar.

He said that Khaunte has been instrumental in development of Porvorim constituency and Succoro sarpanch going against him will amount to high and dry.

Previous articleSome political parties speak things that are of no concern for elections, politics: Gandhi
Next article37 New infections, none died  due to covid-19 in Goa on Friday