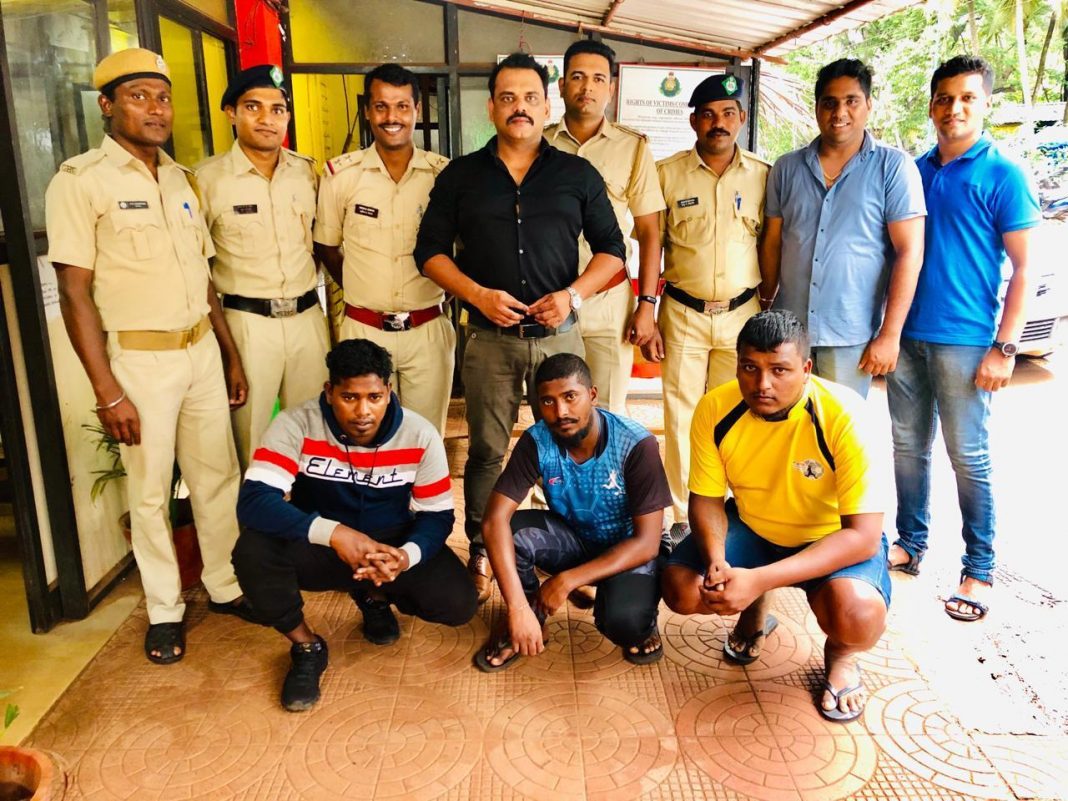 Old Goa police have arrested 03 accused persons in connection with the gruesome attack in which one of the victim had his wrist chopped off.

The three persons are identified as 1. Jack S/o Diego Oliviera, 30 yrs 2. Kamresh S/o Chandrakant Kundaikar, 26 yrs both residents of Nagali, Taleigao and 3. Manish S/o Raju Hadfadkar, 22 yrs R/o Chorao and are presently in police custody.
The 04th accused has been arrested by Panaji police and is presently in the lockup at Panaji Police station.

The weapons consisting of koyta have also been identified and recovered by the police. The accused persons have burnt their own mobile phones and as such police have adduced section 201 IPC for destruction of evidence. Police attached burnt mobile Ashes during recovery panchanama.