03 arrested for attempting theft of vehicles. 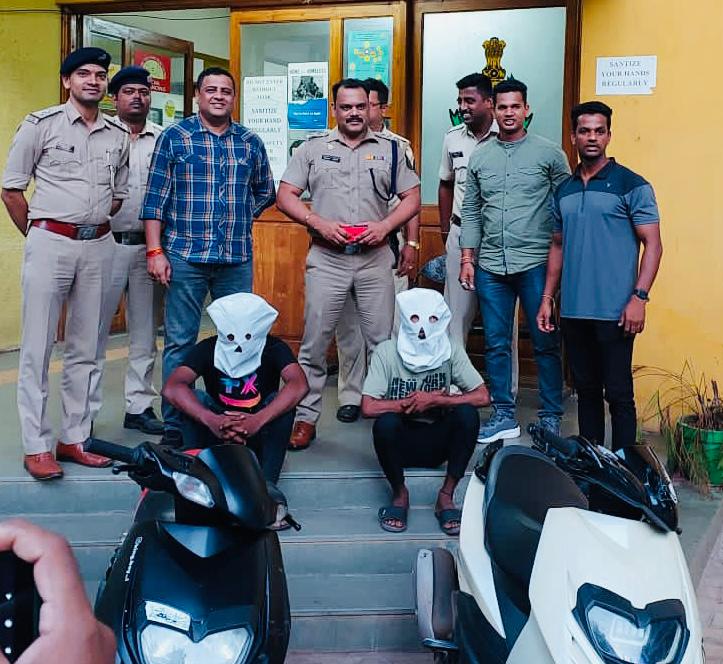 Mapusa Police have arrested 03 accused persons for trespassing and attempting to commit theft of parked vehicles from the complainants home.

As per SDPO Mapusa Jivba Dalvi one Mr. Uday Sawant lodged his complaint complaining that accused 1. Omkar Chari and 2. Yogesh Mollekar both Residents of Valpoi and another accused 3. Krishnajit Naik R/o Ponda Goa trespassed into his compound and attempted to commit theft of his vehicles. Alert locals nabbed 02 accused persons at the spot itself and handed over to police. However the 03rd accused person managed to escape, however he was nabbed by a team of Mapusa Police Station and placed under arrest. The search team consisted of head constable Alvito DMello, Keshav Naik, constables Rajesh Kanolkar, Anand Rathod.

02 suspected Aprillia Scooters have also been seized from the accused persons.

Further investigation is in progress under supervision of Pi Paresh Naik and SDPO Mapuca jivba Dalvi.