03 arrested by Mapusa Police for committing dacotiy to Maharashtra tourists 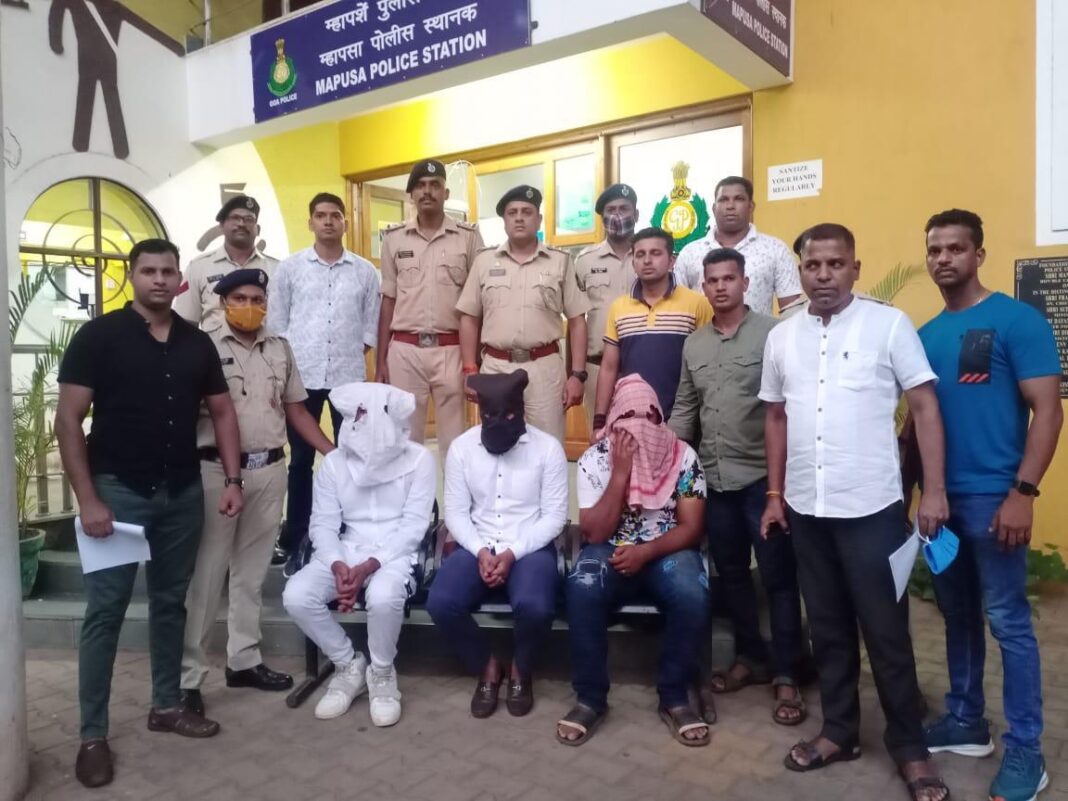 As per SDPO Mapusa Jivba Dalvi he received a complaint from one Mr. Pravin Patil N/o Chandgad, Kolhapur informing that he along with freinds were stopped by a person at Nr. Bodgeshwar temple Mapusa and taken to a beauty parlour over the pretext of taking them to a nice restaurant. Inside the premises of parlour they were brutally assaulted and robbed of thier gold ornaments over the threats of dire consequences and physical injuries. The whole incident happened on 23/05/2022 however the victims were in a state of fear and didn’t come
Forward to lodge the complaint immediately.

Further investigation is in progress with PSI Viraj Korgaokar under the supervision of SDPO Mapusa Jivba Dalvi and SP North Shobit Saxena.