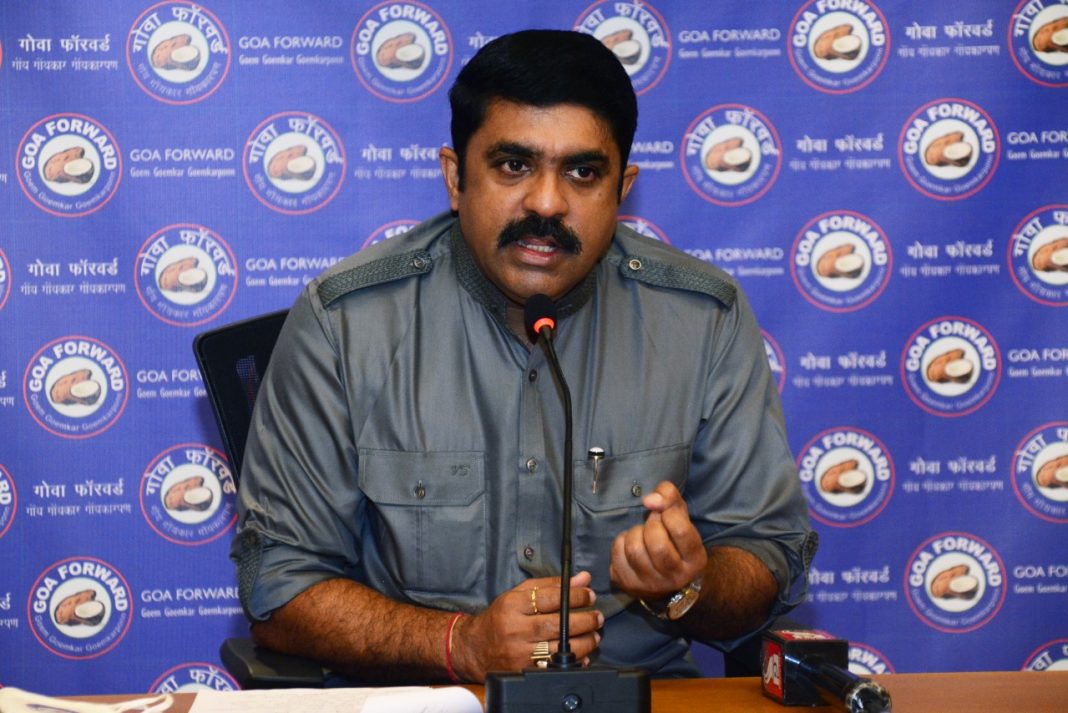 Panaji: Calling for a united Goa, Goa Forward Party President Vijai Sardesai has urged the Goan public and opposition political parties to raise their collective voices in unity through its campaign and hashtag to #SaveGoaNow. The concentrated effort from the regional party is aimed to raise nationwide and global awareness of the ongoing troubles and issues Goa, and its people continue to face. #SaveGoaNow is the Goa Forward’s unified call and effort to unite the Goan voice to “save our collective future.”
In a series of tweets, Vijai Sardesai stated that “This is our moment to #SaveGoaNow. Whether it is #SaveMollem #SaveMhadei #SaveOldGoa, our #jobs, or our #health from #COVID19. We must #SaveGoaNow, not tomorrow.” Sardesai also assured all Goans his and the party’s support, highlighting that together the Goan people can carve a #NewLiberation.
Earlier, the GFP President had penned a special editorial feature questioning “What liberation are we celebrating?” Vijai Sardesai stated that on the upcoming 60th anniversary of Goa’s Liberation, the state is now on the brink of surrender, pointing to the Chief Minister Pramod Sawant as “the undoer of Goa’s long-lasting efforts and hard work since 1961.”
Vijai highlighted that the Chief Minister is selling Goa a “Future of Surrender” and called on all Goans and opposition parties to end its time of silence. The GFP Chief exclaimed that “our call, our voice should be to #SaveGoaNow. We are not going to wait for tomorrow or wait until the elections.”
Vijai Sardesai said that “All Goans in separate factions oppose the issues of coal, double tracking, Mhadei diversion and the BJP’s infringement on our culture and heritage, yet we as a people and society are not united as a singular voice. #SaveGoaNow is the people’s representation to the nation and the world, that enough is enough.” The party launched the #SaveGoaNow campaign and hashtag to unite all Goan concerns and issues so that the people of Goa, and the opposition parties can rally under one collective voice.
Sardesai called the #SaveGoaNow campaign the first step forward to restore and protect Goa’s unique identity, and solve the environmental, economic and health issues Goa currently faces. Sardesai hopes that the #SaveGoaNow initiative should serve to be Goa’s public discussion amongst its youth, people and political members to openly share and discuss ideas to shape and save Goa’s future.
The Goa Forward Chief previously said that “like the government in the center, the Government of Goa is one that refuses to listen to the public and asserts its fake majority rulings on the people of Goa.” Further, the Goa Forward President urged the people to take inspiration from Goa’s youth.
Across social media, Goa Forward Party is advocating to make the #SaveGoaNow hashtag viral and has called on Goans locally and abroad to use its hashtag to accent and raise the peoples voice and concerns over the environment, economic, industry, culture, and governance issues Goa currently faces.
Vijai Sardesai stated, “we want the world to hear our Goan voice. We want Goemkars locally & globally to join our call to #SaveGoaNow. Together we will work to save our environment, heritage, jobs and youth to keep our people first. Let’s make our call viral to #SaveGoaNow.”