TMC assures housing rights, land ownership in Goa after being in power 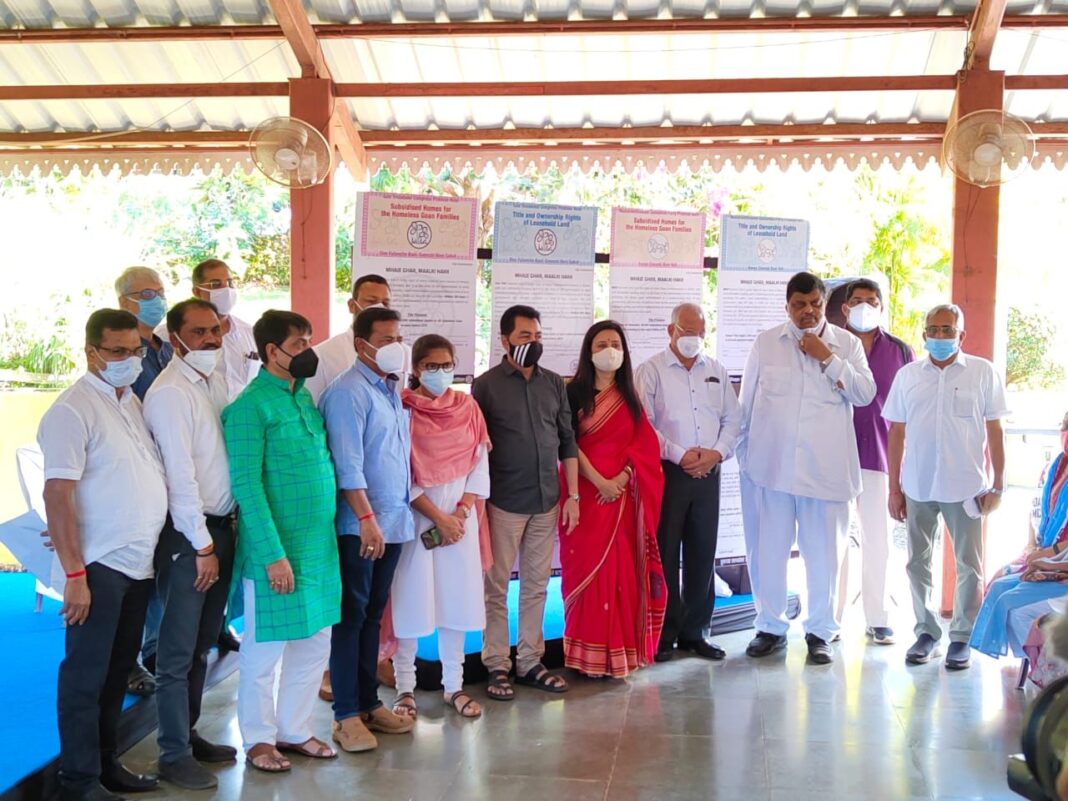 Panaji: The Trinamool Congress Party (TMC) on Tuesday launched its pre-poll assurance of providing housing rights in the coastal state, which will be going for polls on February 14.

TMC leaders including its MP Mahua Moitra launched the pre-poll promise in Panaji on Tuesday which aims at securing the Housing Rights of the Goans, who exist here before the year 1976. The assurance is titled “Mhaje Ghar, Maalki Hakk”, means my home, my right.

“It is a landmark Housing Rights scheme that aims at securing the Housing Rights of Goenkars which is a constitutional duty of any government and is interpreted as a Fundamental Right under Article 21,” TMC leader Kiran Kandolkar said interacting with mediapersons.

He said that the TMC-MGP alliance will ensure that within 250 days of forming the government, all the Goan families residing in Goa since before 1976 will be provided with Title and ownership rights of land under possession and50,000 subsidised homes to homeless families.

He said that the TMC will also operationalise pro-people legislations like The Goa Daman and Diu Agricultural Tenancy Act, 1964 and The Goa Daman & Diu Mundkars (Protection from eviction) Act, 1975 on the ground and take the cause further.

“It is time to bring an era of pro-people legislation which seeks to protect the lives and livelihoods of Goans,” he said.

TMC has entered into pre poll tie up with Maharashtrawadi Gomantak Party (MGP) to fight all the 40 Assembly constituencies.

Previous articleAleixo Reginaldo rubbishes all rumours of being in talks with Congress, reiterates his commitment to Goenkars and Goa TMC
Next articleRG announces fourth list of Candidates for upcoming By-Poll