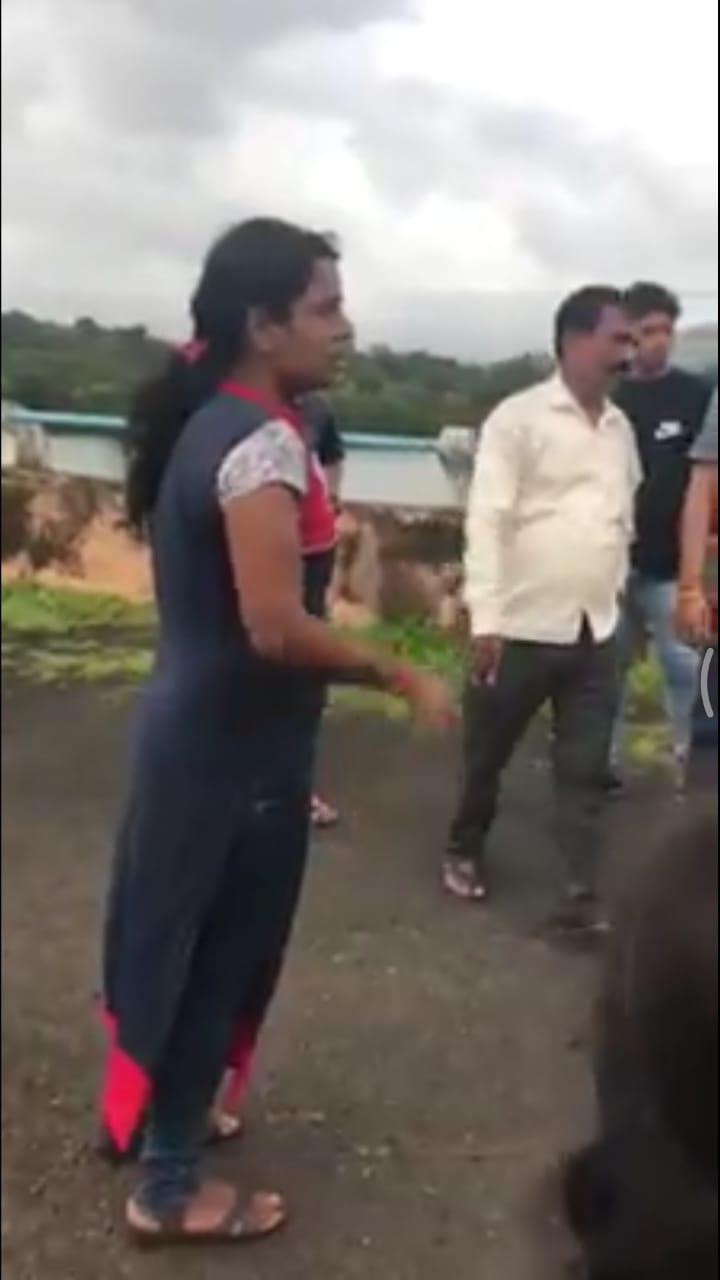 Selaulim (Goa) The suicide stunt by an unidentified middle aged woman which is captured on camera has exposed the security lapse at Selaulim dam, Goa’s one of the biggest reservoir.

The lady who is seen arguing with the fellow visitors on ‘who are they to stop her from committing suicide’ is seen jumping at the other side of the dam (not where water is there) and rolling down the slope.

There is no clarity whether the lady actually committed suicide or it was just an attention seeking stunt but certainly it has exposed chinks in the security system of this dam which provides potable water to majority of the Goa.

The dam has been already declared as vital installation and is under control of Water Resources Department. We tried to get in touch with WRD Minister Vinod Palyekar to get his comments but he was unavailable.