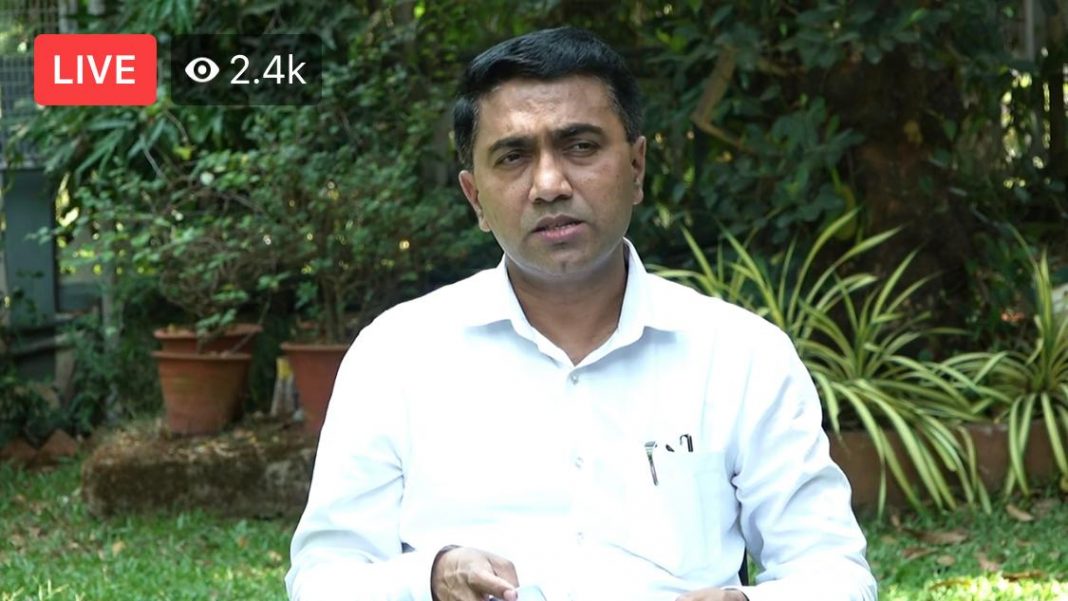 Panaji: Goa Chief Minister Pramod Sawant expressed confidence that entire state would be a green zone by April 17 for COVID-19, if no more positive patients are detected in the coastal state.

Sawant told reporters that South district of the state has already been declared as Green Zone as per central guidelines on COVID-19.

“If there are no more detections, then the North District will also be a green zone by April 17,” he said.

The chief minister said that considering the fact that neighbouring Sindhudurg district (Maharashtra) is classified as Orange Zone and Belgavi reporting positive patients, the vigilance along the state borders will be increased.

Goa has already sealed its borders except for medical emergencies and transportation of essential goods.

He said that all the truck drivers and his crew members will have to go through a dedicated Senitisation Channel at the border before entering the state.

Goa had detected seven cases of COVID-19 patients of which five have recovered, while two are still being treated at designated hospital in South Goa.

Sawant urged people of Goa to continue cooperating with the government during lockdown period, which is not extended up to May 03.

He said that all the government offices which were scheduled to be opened after April 14, has now been deferred till April 20.

The chief minister said that the state government will be able to decide which sectors could be given relaxation during the lockdown, only after getting guidelines from the centre, which are expected to come by April 15 (tomorrow).

The chief minister said that as a part of economic revival, the state government is working towards making each of the village panchayat and municipality economically self sustainable, depending on the assets within its jurisdiction.

“The study is being conducted on making each of the panchayat and municipality in the state economically self dependent,” he said.