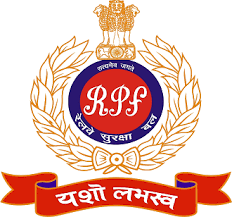 Panaji: As per the complaint received from Naval police Karwar, a 15-year-old girl was found missing from naval base since January 9. A complaint was lodged at Karwar rural police station. On receiving the information, the CCTV footage of Karwar Railway Station was checked.

On analyzing the CCTV footage, the missing girl was noticed with two persons. The RPF team along with the Karwar police conducted a joint search operation in the station premises and adjoining areas and were successful in tracing the missing girl near the forest area. The two persons absconded from the place. However, the police along with the RPF team were successful in apprehending one of them near a village by using drone footages. The man was later detained by the police. The other person succeeded in fleeing away.

Upon interrogation the person detained was identified as Sarathi Ayyavu aged 23 years, a native of Tamil Nadu. He confessed that the duo were hiding themselves in the forest area waiting to board a Bangalore bound train inorder to escape from the place.

The CO Naval of Karwar region appreciated the efforts put in by RPF Karwar and the professionalism shown by them in timely rescuing the minor girl and apprehending the abductor. Further inquiry of the girl was conducted and as per the complaint received from the minors’ father a case has been registered at Karwar rural police station.