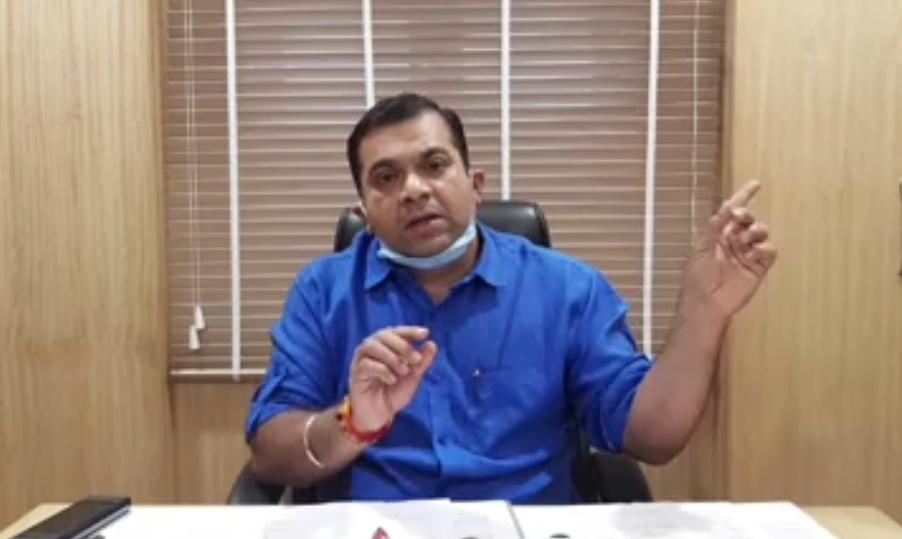 Porvorim: Independent MLA Rohan Khaunte on Wednesday has written reminder letter to Prime Minister Narendra Modi reiterating his demand for his intervention to have immediate and total containment of hotspots, closure of border with Maharashtra, adequate supply of test kits, railway isolation coaches and others.

Khaunte has said that his communication comes in the wake of increasing COVID-19 cases in the state and casual attitude adopted by Pramod Sawant-led government to tackle the crisis situation.

This is not for the first time that Khaunte has written letter to the PM on this issue. The MLA had pointed out to the escalating situation in Goa through his letter to PM on June 08, ahead of all party meeting called by the chief minister.

In the letter, Khaunte has said “it is with much anguish and deep fear for my fellow Goans that I am issuing this reminder to your High Office with a request to cause immediate action from the Centre as the situation in Goa has turned from bad to worst with the confirmed Corona positive figures rising from 330 on June 08 to 387 as on date and increasing rapidly.”

“The report of samples tested area also getting delayed due to shortage of testing kits, medical staff and related infrastructure,” he has added.

Khaunte has said the increasing ratio of covid cases per million in Goa is higher than the National average going by WHO standards and this has installed deeper fear in the minds of the Goan population.

“Goa being the smallest state in the country, this is a matter of serious concern taking into consideration the demography and the porour borders with the most infected state of Maharashtra.”

“I am forced to raise the matter again to your kindself because Goa CMand the BJP govrnment is dealing with this frightening scenario in a perilous manner with total disregard for the precious lives of the citizens.”

“To compound matters, while Goans are shuddering with fear of replication of the situation in the national capital as well as Mumbai, the CM and his cabinet ministers have gone on record to say that there’s nothing to worry about covid-19 or community transmission,” Khaunte has said.

In the letter, he has said “setting aside all political agenda, I humbly appeal to your most valued personal attention and direct intervention to implement immediate and total containment of hotspots, closure of borders with Maharashtra and also urgent supply of test kits, Railway Isolation coaches and keeping a contingent of Army Medical Corps on standby to tackle the petrifying situation in Goa.”