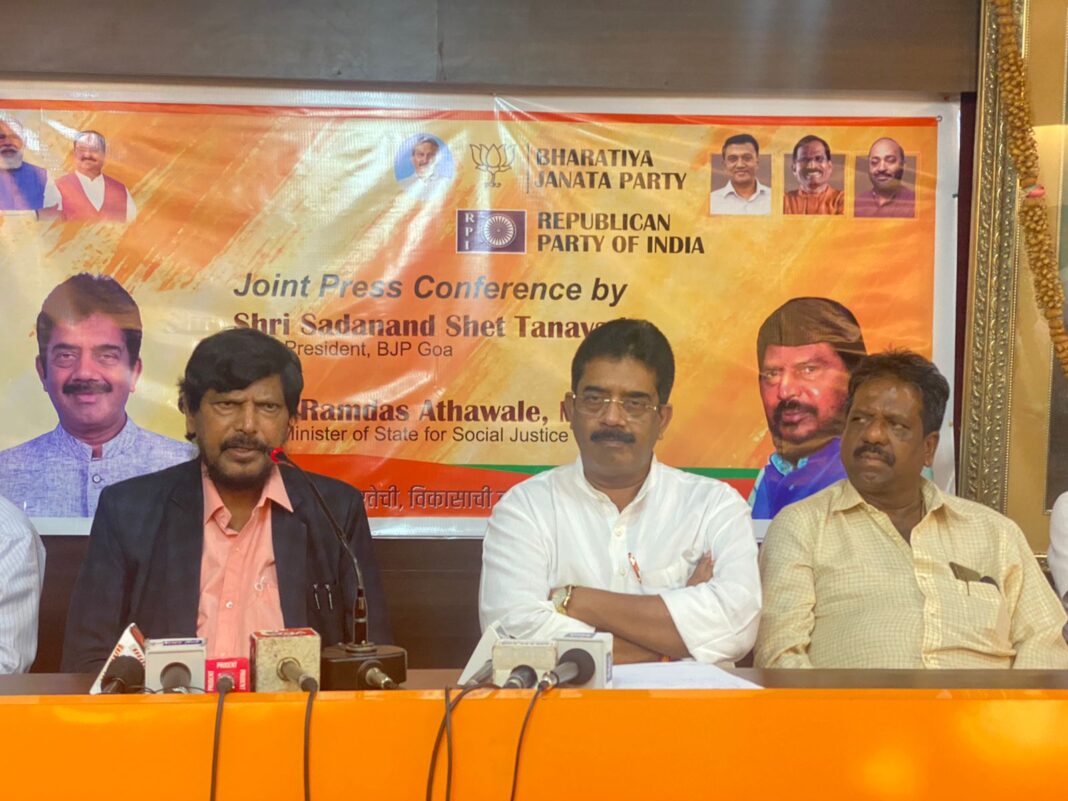 Athavale said that the BJP will win with the majority seat in Goa elections and will form the government again.

He said that the developmental works undertaken by Prime Minister Narendra Modi has been one of the reason why people are increasingly voting for the BJP.

Athawale said that the scheduled caste population in the state, which ha sbeen rallying behind RPI, will support BJP candidates.

BJP Goa President Tanavade said that sizeable population of Scheduled Caste exists in 27 out of 40 Assembly constituencies in the state.

Responding to a question, Athawale said that the Trinamool Congress Party will not be able to make any impact in the State.

“TMC can continue with their hoardings of Mamata Banerjee but the votes will go for BJP,” he commented.

Athawale also said that Aam Aadmi Party leader Arvind Kejriwal may be successful in Delhi but he wont be able to make dent in Goa.