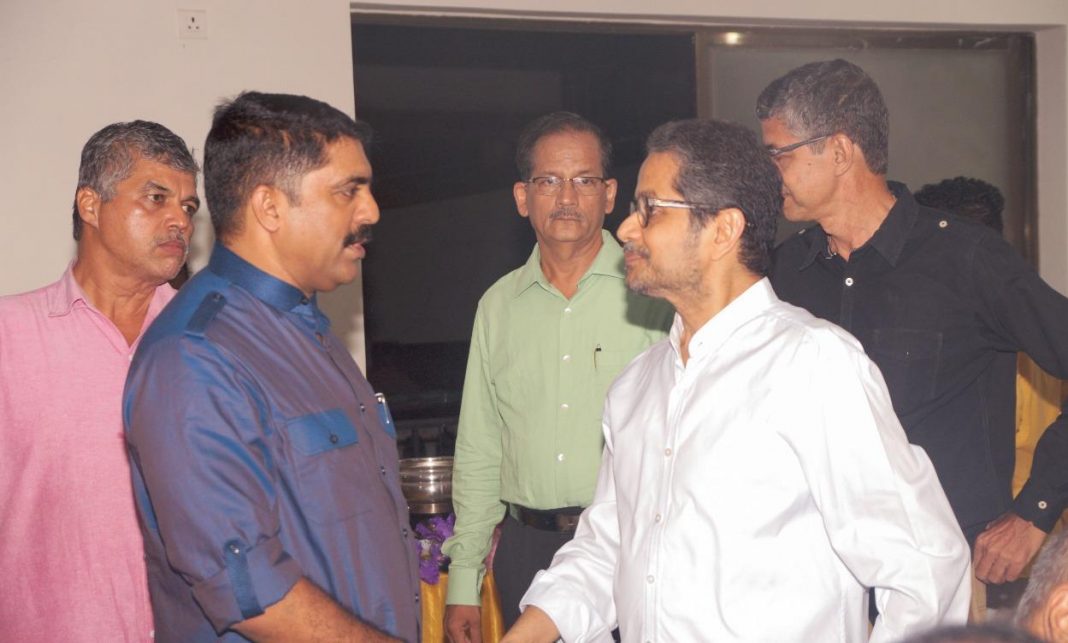 Panaji: Who’s who from Goa’s political and business circle paid their visit and conveyed wishes to Goa Forward Party and its Chief Vijai Sardesai on the occasion of inauguration of new office premises at Campal, Panaji on Tuesday.

The new office is situated on the 5th floor of Edcon Mindspaces Building, Campal, Panaji.

The office was inaugurated at the hands of Sardesai in presence of party MLAs, Office Bearers, Well Wishers and Mediapersons on Tuesday. Hundreds of well-wishers including prominent businessmen, politicians, social workers and others visited the office to convey their wishes to the youngest party of Goa with Goemkarponn at its heart.

Goa’s businessmen and philanthropists including Shivanand Salgaonkar, Shrinivas Dempo, Peter Vaz were present for the function held at new office premises. Aloo Gomes, one of the prominent business figure in the State also was present to convey his regards.

Amongst the various dignitaries, representative of Archbishop’s Palace also paid visit to give his blessing to the party.