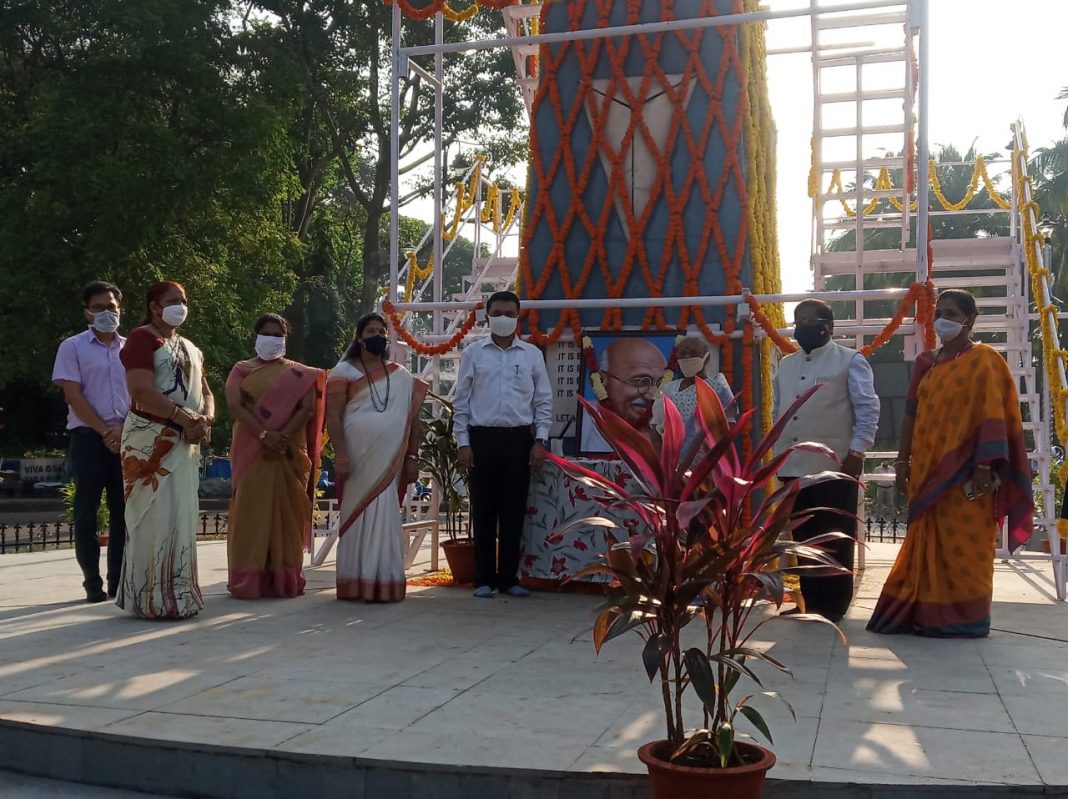 Panaji: Chief Minister Pramod Sawant paid tributes to Mahatma Gandhi and former PM Lal Bahadur Shastri on his birth anniversary on Friday claiming that the coastal state has been on the forefront for implementation of central government’s schemes like Open Defecation Free and ‘Har Ghar Jal.’

Sawant paid floral tributes to the statue of Mahatma Gandhi and photograph of Lal Bahadur Shastri at Old Goa. The Chief minister said that the Gandhiji was icon of cleanliness movement across the country, which has been adapted by Prime Minister Narendra Modi through the schemes like “Swacch Bharat Abhiyan”.

“Goa is also on the forefront of implementing these schemes. We have already declared our state as Open Defecation Free, while we are the only state in the country to provide tap water to every registered house,” he said.

Sawant said that the state government has already launched “Aatmanirbhar Bharat Swayampoorna Goa” initiative which aims to make all the panchayat, self-reliant.