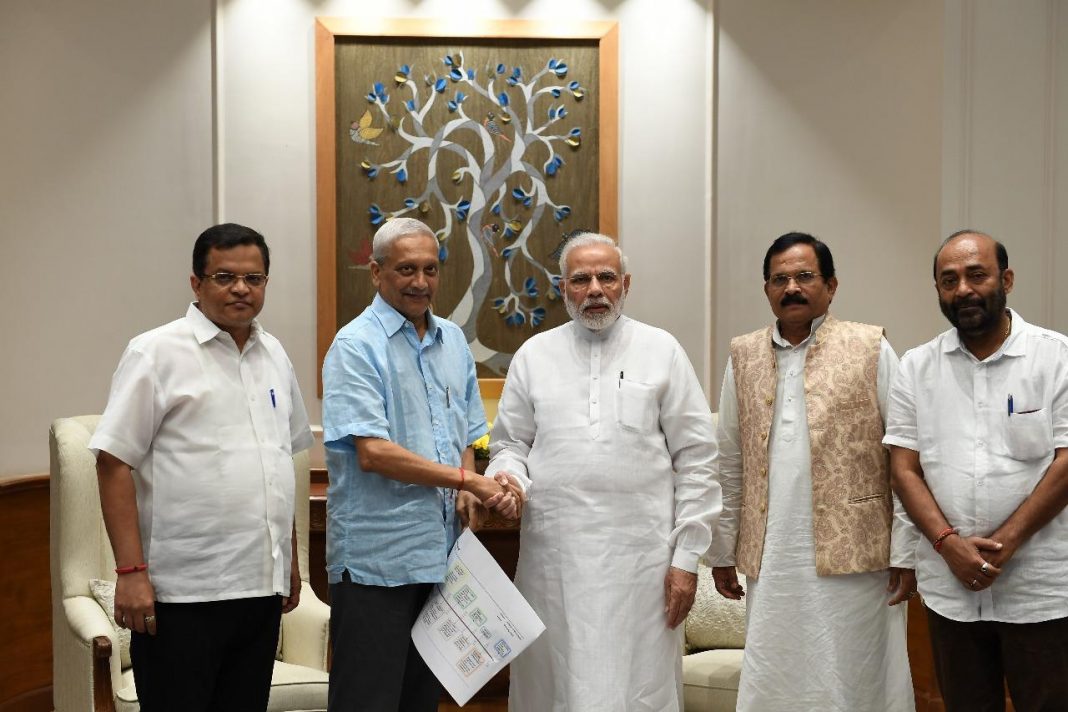 The delegation also met the Group of Ministers (GoM) chaired by Union Minister for Shipping Nitin Gadkari on the mining issue.

“Chief Minister briefed PM in detail on the mining issue. Prime Minister has assured us to look into the issue,” MP Narendra Sawaikar, who was part of the delegation, said.

The GoM comprises of Gadkari, Minister for Mines Narendra Singh Tomar, Minister for Law Ravi Shankar Prasad were present for the meeting along with NITI Ayog CEO Amitabh Kant and Secretaries of concerned departments.

“The meeting went on positive note and it has been discussed to find a solution through legal means.  This of course would require meetings with all concerned Ministers. But it can be said and concluded from today’s meeting that the solution will definitely follow,” Sawaikar said.