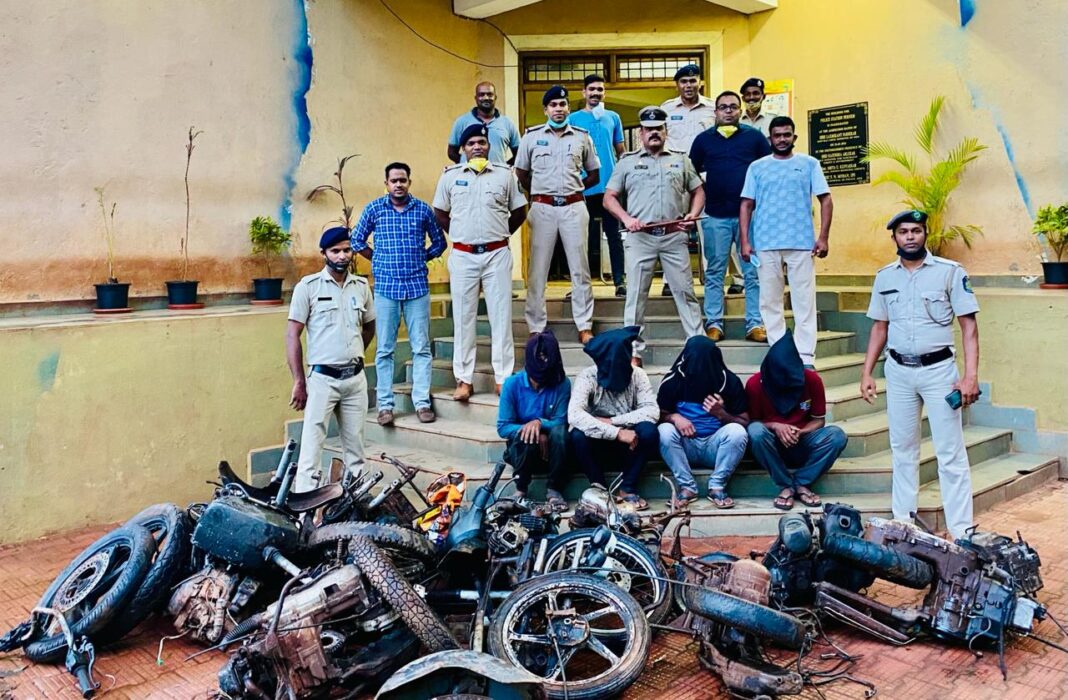 Police are in process to trace the owners of the remaining 5 engines which are recovered.

The accused person namely Mohamad Azam Ali Manihar is having Scrap yard Karaswada Mapusa and through his laborers, he used to collect information of such scooter and above gang members used to lift the motorcycles and load them in Rickshaw and further shift them to his scrap yard. At the scrap yard the accused persons used to dismantle them and than sell the dismantled parts in black market. In such a way thier used to be no any evidence. The timely action of Pernem Police will also lead to further detection of stolen motorcycles of other owners.

Pernem Police are submitting a report against the scrap yard owner to SDM Mapusa for necessary action.

Further investigation is in progress under the supervision of SDPO Mapusa Gajanan Prabhudessai and SP North Shobit Saxena IPS.