Goa: Parrikar likely to be replaced with Pramod Sawant or Vishwajit Rane? 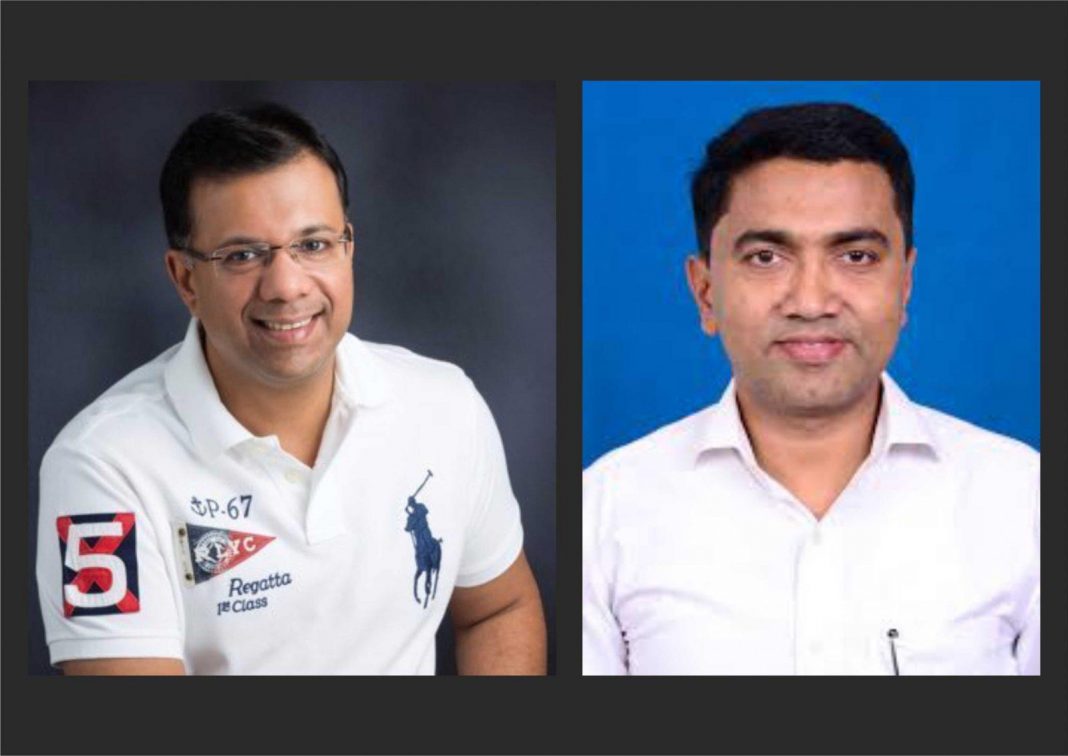 Panaji: With BJP likely to decide on replacing Manohar Parrikar with another face as the Chief Minister, the sources have confirmed that Vishwajit Rane and Pramod Sawant has been the front runner for the coveted post.

The core committee of the BJP will be meeting National President Amit Shah in Delhi tomorrow during which these two names are going to be recommended, a senior party functionary said today.

Parrikar will be flown to the USA tonight, where he would undergo treatment. Senior party leaders including Union AYUSH Minister Shripad Naik has expressed that “Parrikar should take rest and be fit.”

In such a situation, the party has already began scouting for the alternative face. MGP leader Sudin Dhavalikar was discussed as a replacement as Chief Minister, but was ruled out as he belongs to the alliance partner and not from the parent party.

There is likelihood that Dhavalikar may be asked to take over the charge till BJP finalises its own candidate.

Sawant and Rane, both of them, have been close to Parrikar. Sawant has an edge over Rane as the latter is novice in the party while former has been part of the organization since long.

But relieving Sawant of the charge of the Speaker has also become an impediment for the party as in case of any toppling game, the Chair plays an important role.

Meanwhile, both the alliance partners – GFP and MGP and also independents are in dark over the developments in BJP.

Previous articleParrikar has issues with his digestive system: Lilavati Hospital
Next articleGoa: CM Parrikar to continue clearing files from USA, charge not handed over: CMO