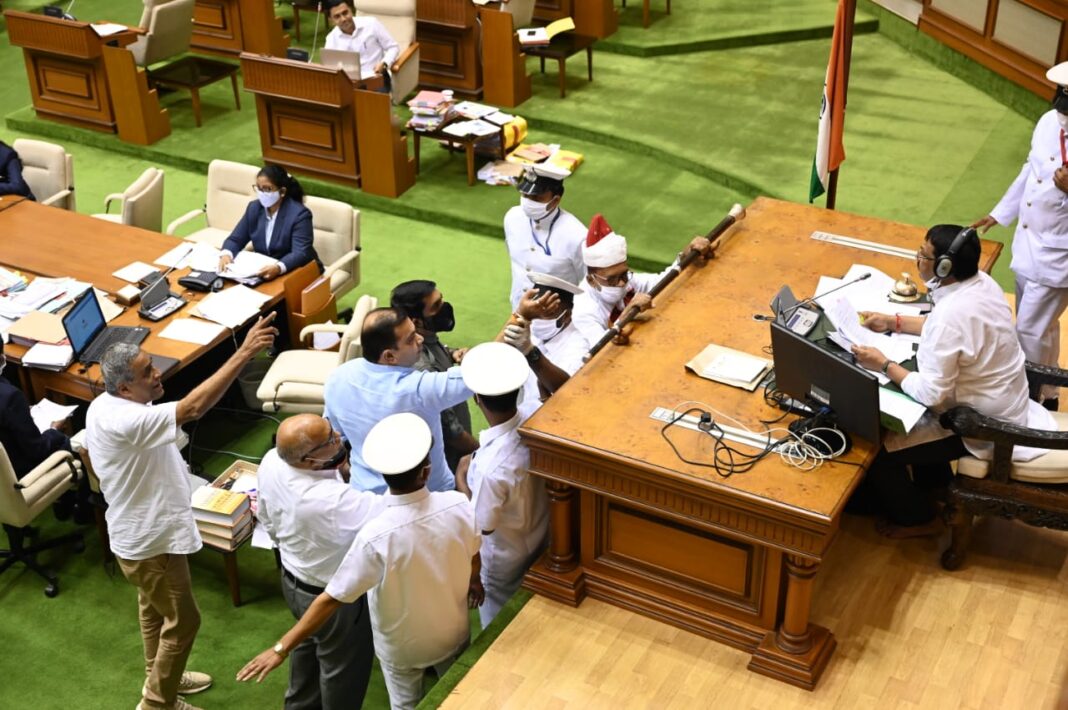 Panaji: The Opposition benches rushed to the well of the House on Wednesday objecting to the statement by State Legislative Affairs minister Mauvin Godinho, who had accused them of indulging in theatrics.

The tempers ran high during the first day of the Session when opposition benches sought ruling from the Speaker Rajesh Patnekar after Godinho moved a motion to suspend the rules of procedure of conduct of the Business of the House in regards to general discussion on the debate.

Opposition benches led by Leader of Opposition Digambar Kamat pointed out that such a suspension would lead to suspending of the general discussion on the budget, which had started before the Session was prorogued in May.

The session which was prorogued due to conduct of conduct of municipal election in the May was summoned again on Wednesday.

Sardesai sought to know from the Speaker, under which rule, this was allowed. He also said that such an act was illegal as that would amount to CM not responding to the debate on the Budget.

He said that the Budget cannot be passed without discussion on the floor of the House and doing so, would set a wrong precedent.

Speaker and the Chief Minister, both, responding on the floor of the House said that suspension of Business rules were approved in the Business Advisory Committee meeting.

To it, Kamat said that he had already submitted his dissent to the decision of the BAC.

While arguments continued between ruling and opposition benches, Godinho said that the opposition were indulging in theatric due to upcoming State Legislative Assembly election.

Godinho’s statement triggered a ruckus on the floor of the House after which the opposition benches rushed to the Well forcing the Speaker to adjourn the House till 2.30 pm.