No Safety for Women , When BJP Minister themselves are involved in Sex Scandals : Goa Forward 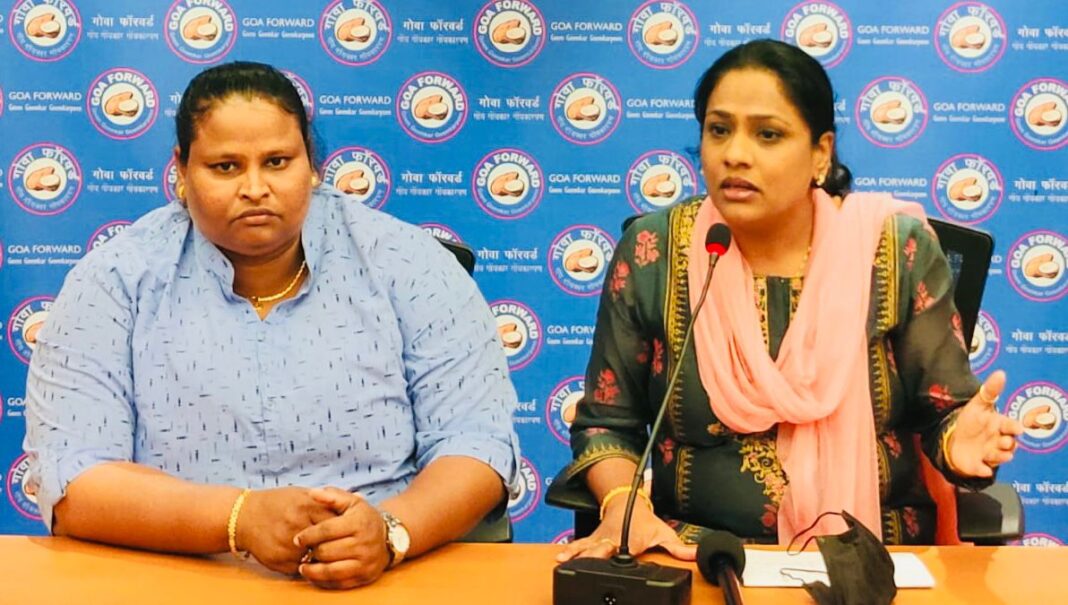 Adv Ashma Bi on Wednesday addressed press conference in the presence of councillor Nimisha Faleiro and said that continuation of this Minister in the BJP cabinet proves that this party does not have any morals.

“We want to know why BJP Mahila Morcha is mum over this issue, where one BJP minister Sexually exploiting a woman.” Ashma said.

She has questioned BJP Mahila Morcha whether they have become mum after Panaji by- Election, as they have to work now with rape accused MLA.

She has also asked BJP MAL Carlos Almeida, who has also raised voice against this incident, to come clear over the incident and to name the minister.

Adv Ashma Said that her party stands with the issue taken up by Congress President Girish Chodankar.

“How can we expect safety for woman by this BJP Government which is partner in a crime and trying to shield its own minister. “ Adv Ashma stated.

BJP is the party which doesn’t have any ethics and moral this incident has very much proved it. “Chief Minister Dr. Pramod Sawant should immediately sack this minister involved in sex scandal.” She said.