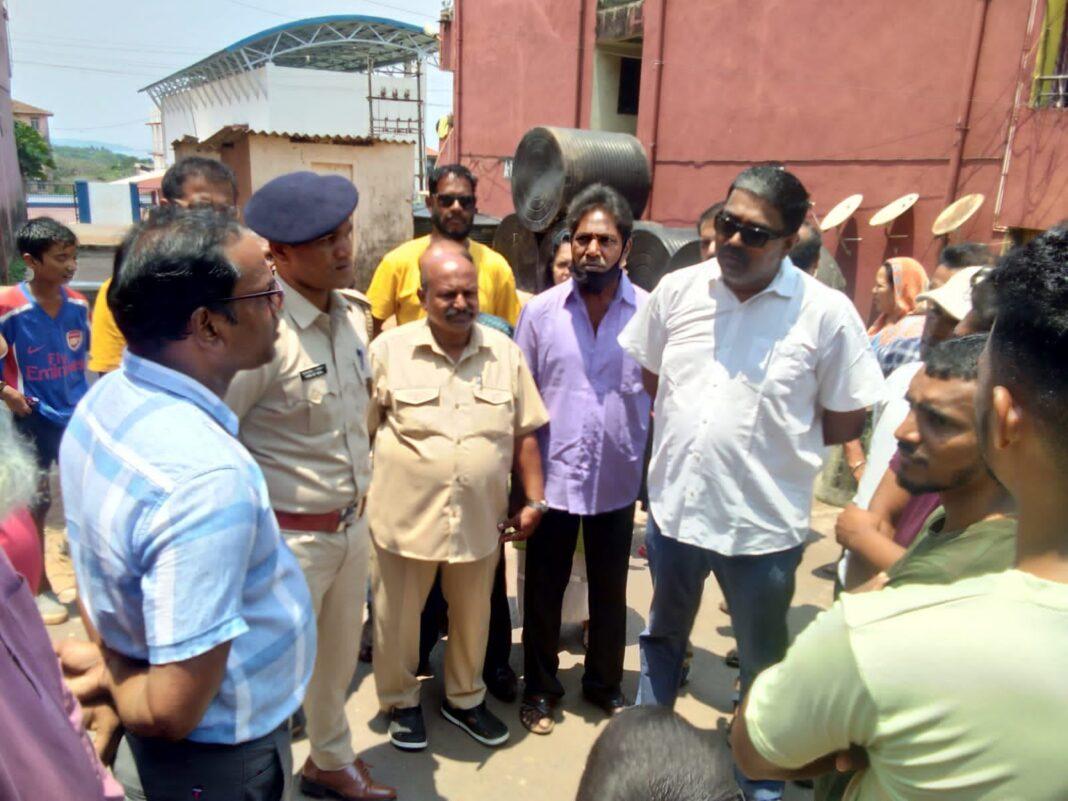 Mormugao:  Mormugao MLA Sankalp Amonkar on Friday afternoon carried out a joint inspection with officials of Police, Power,MMC and other departments at GRB Colony Sada.

Amonkar said that the theft cases had been on the rise in the area and  demanded MMC to take up pre Monsoon works in the area .

Speaking to reporters, Amonkar assured to have another joint meeting with the health and sewerage department to sort out basic issues faced by the residents.

” There have been rising cases of theft in the area . We have asked the power Department officials to get all the street lights activated while asking MMC to clear the growth of trees and shrubs because some anti social elements use it as a shelter . We have GRB officials to place before them various issues faced by the 360 families living here. ” Said Amonkar

” The MMC has failed to take up the pre Monsoon works and I will take up a meeting with them to discuss on the pre monsoon measures that they have planned for the area. The gutters are choked , the trees have grown and are now causing danger to residents besides hitting on electrical wires causing power issues. ” Added Amonkar

” I will also have a meeting with Urban Health Centre to discuss on chances of people being affected with diseases like dengue,malaria etc because the water tanks on the buildings are in a very shabby condition and there is no maintainence with some tanks even having dead birds inside it. The tanks for water have now become full of mosquitoes and could be a breeding hotspot. We may have another joint meeting with sewerage, GRB, Health and other departments to sort out the issue on top priority on humanitarian grounds ” said Amonkar

” We are facing a major issue of garbage for the last 15 years. Former MLA and Urban Development Minister had got a waste treatment plant and told the people that the garbage will be cleared smoothly but the fact is the plant has a capacity to clear garbage for 5 Tons per day and we get garbage of 15 Tons per day and daily around ten tons of garbage is being piled up to form the garbage dump and the stench is unbearable and causing severe inconvenience to these residents . We have been fooled for the last 15 years and he should have got the plant of 15 tons capacity so that the garbage could be cleared smoothly because people cannot live here and this has also caused a rise in stray dogs that attack people and the children as well. I will have another joint inspection of the officials of the waste management ministry  ” said Amonkar