“Ministers taking money for Job will be jailed and people’s money will be refunded, When AAP forms Govt”: Shri Arvind Kejriwal 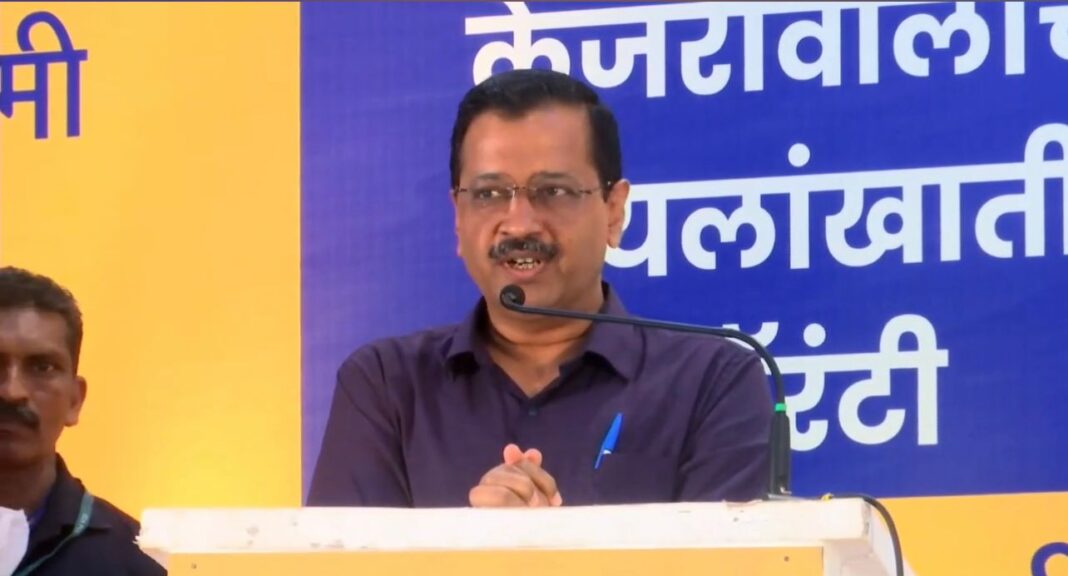 The Aam Aadmi Party national convenor and Delhi CM Arvind Kejriwal vowed to jail ministers who took money to give government jobs and the people’s money will be refunded if AAP is voted to power.

Kejriwal appealed to Goans to come together and change the fate of Goa. He said, “If the AAP is elected to power, these thieves will be punished so severely that no one will dare to make money from people in the future and our government will get your money back from them”.

He said, “A BJP MLA has made a big accusation against his own party’s minister that the minister takes money for giving government jobs. If someone from the opposition made an accusation, then it would seem that he was lying or the leader was merely playing politics. When the party’s own MLA says this, it means that the problem is much worse”.

He said, “This used to be the case earlier in Delhi as well and obtaining government jobs required paying bribes. As a result, Delhiites came together and voted for an honest party. Today, government jobs are available in Delhi without money, only on merit. We have revolutionized the whole system in Delhi”.