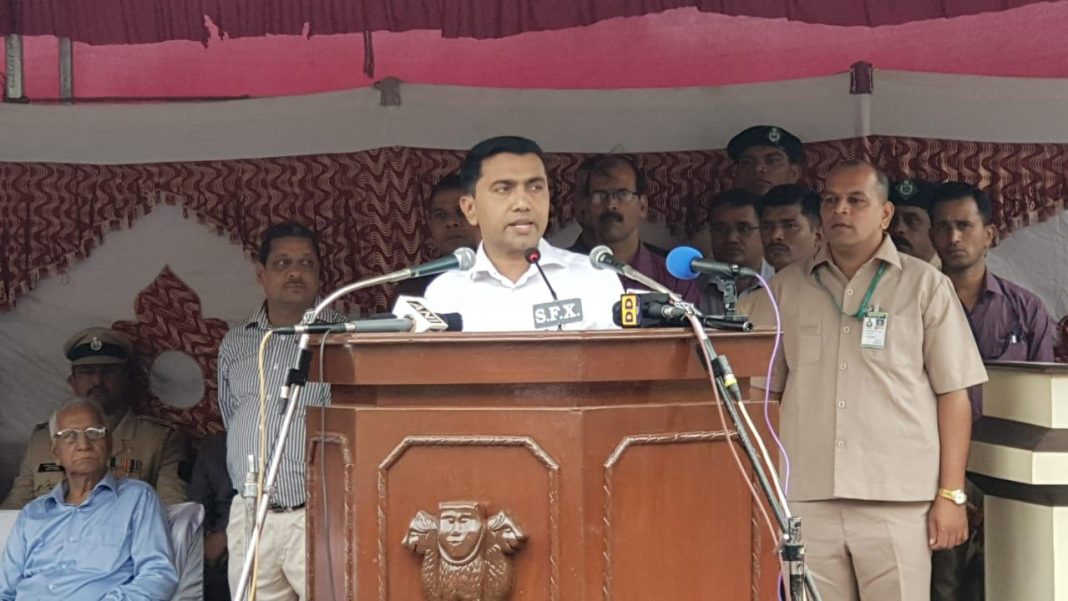 Panaji: Speaker  Pramod Sawant today said that the Union government would soon find out a proper solution for the current crisis on the mining industry in the coastal state.

In absence of Goa Chief Minister Manohar Parrikar, Sawant unfurled the tri-colour during the Independence Day function held at Panaji today. Parrikar is currently in the USA to follow up his treatment of pancreatic ailment.

In his speech, the Speaker, who represents Sankhalim constituency which is hot bed for Iron Ore extraction activity, said that the mining has been one of the biggest source of employment for the people of Goa.

Sawant said that since the mining industry has shut down, the State government is aware about the concerns of the people dependent on this industry.

The Speaker recalled Chief Minister Manohar Parrikar’s recent visit to Delhi where he had met Prime Minister Narendra Modi and Group of Ministers on the issue of resumption of mining activity.

“The union government’s intervention has been sought and we are sure that the mining activity would resume very soon in the State,” Sawant said.