Margao Carnival festivities to bring back era of yesteryears 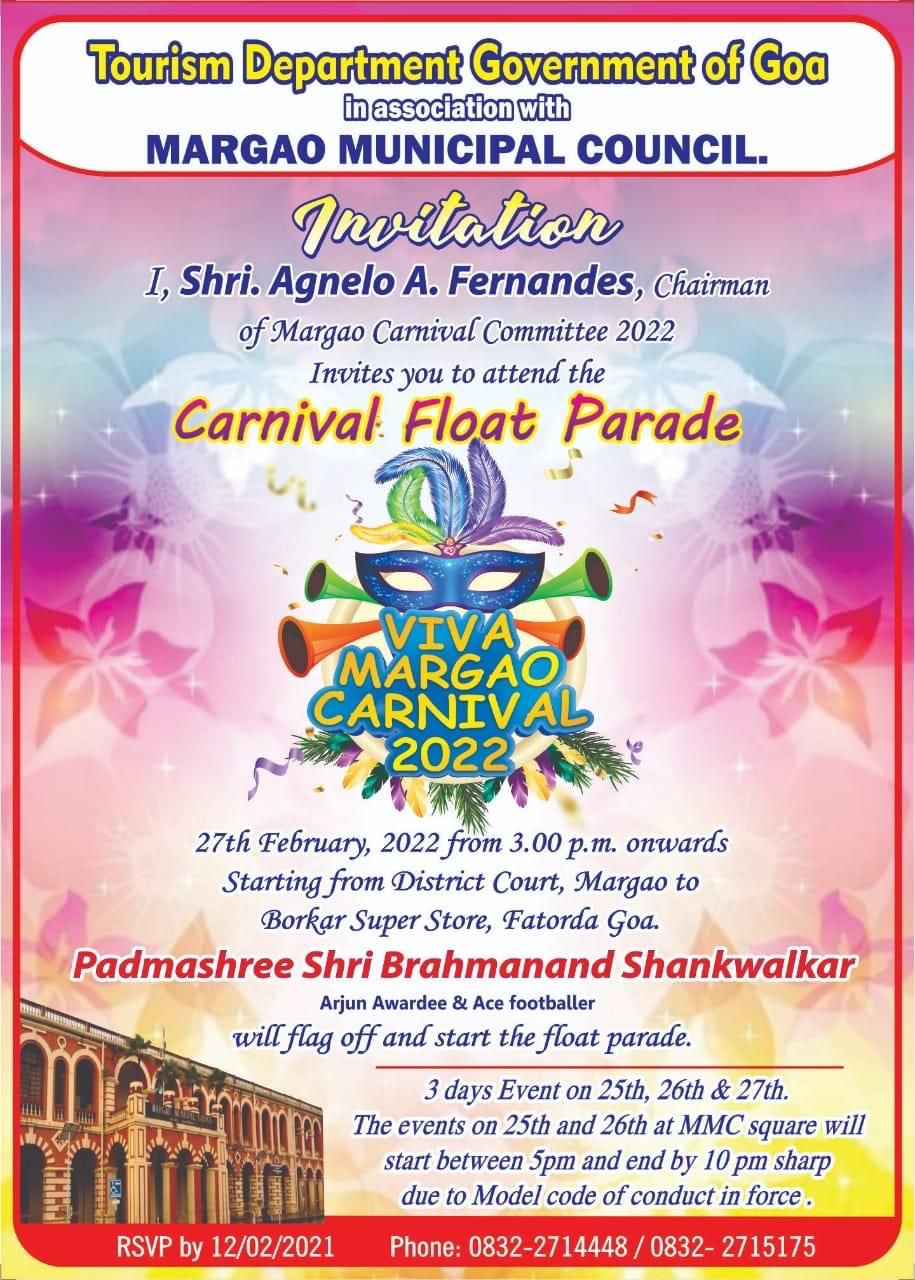 Margao: Bringing to life, the past era of the traditional Carnival festivities, the festivities in Margao will have the performance of “Intrumez” and “Zagor” as a part of its celebration.

Margao Municipal Council in association with the Tourism Department is hosting the Carnival in the city. MMC Chief Officer Agnelo Fernandes, who is also Chaiman of Margao Carnival Committee 2022 said that the float parade would be held on February 27 from 3 pm onwards. The parade will start from District Court in Margao to Borkar Super Store, Fatorda.

Padmashree Brahmanand Shakhwalkar will flag off the parade.

Fernandes said that there will be three days events on February 25, 26 and 27. The event on 25th and 26th at MMC square will start between 5 pm and end by 10 pm sharp due to model code of conduct, which is in force.

In few of the highlights of the event, Niz Kolakar, Ambaulim will present Mell and will perform traditional orchestra “Intrumez” on the beat of dhol, taxe, ghumot, Madalem, Kasalim on February 25 between 5 to 6 pm.

On February 26, there will be performance by Domingo Mascarenhas and his troupe from Sao Jose de Areal, which is famous for Zagor. He is one of senior folk artists from Goa who is working to preserve century old Zagor performance by Catholic community, Fernandes said.