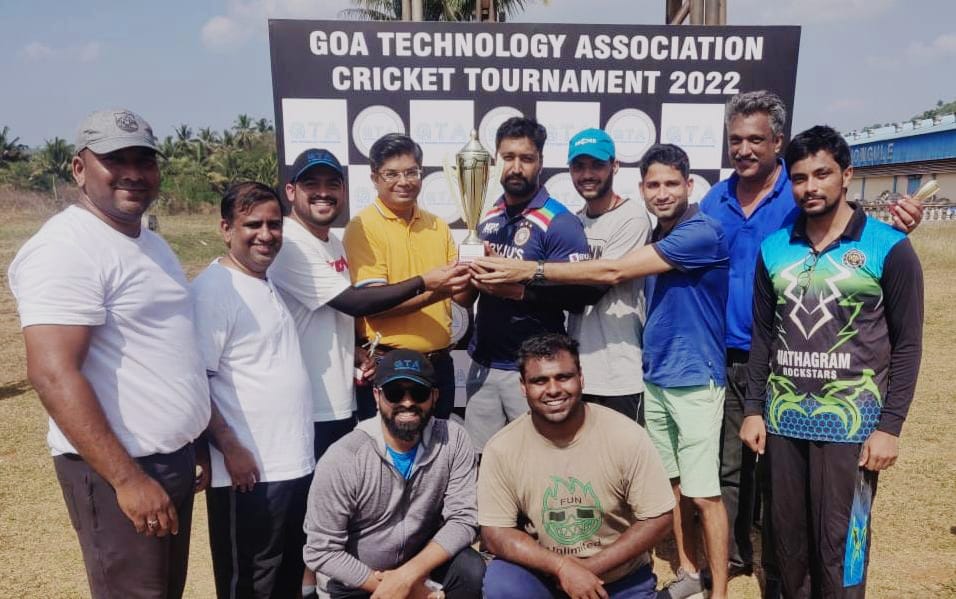 Margoa : Goa Technology Association (GTA) held its 3rd GTA Cricket Tournament at the Arlem Grounds, Margao on Sunday, 9th Jan 2022. Event saw participation from many IT, ITES and Tech Startups from Goa. Last two years the Tournament could not be held due to the pandemic. Chief coordinator of the Tournament, GTA Secretary Rohan Warty said, “GTA Cricket Tournament was a big hit with participation from around 25+ Founder, CEOs and Sr. Management authorities from the IT ecosystem in the state. After missing out on this annual event organized by GTA in 2020 & 2021, the comeback tournament of 2022 was cherished. It’s a chance for the fraternity to get together in an informal setting and showcase their sportsmanship on the field. It’s great fun to bond with your fellow industry members over a hearty game of cricket and reminisce your childhood days”. Mr. Sudip Faldesai was awarded as the best batsman, Mr. Rohan Warty best bowler and Mr. Kaushik Fondekar as the man of the Series. Mr. Rajiv Antao was awarded as the most enthusiastic player of the tournament. While presenting the awards to the runner up and the winning teams, GTA President, Mr. Milind Anvekar congratulated the winners and thanked the participants and organizers for their participation in making the event a grand success. While the event was organized with restrictions and limited participation, the President was hopeful that the next edition of the tournament will be bigger and better.