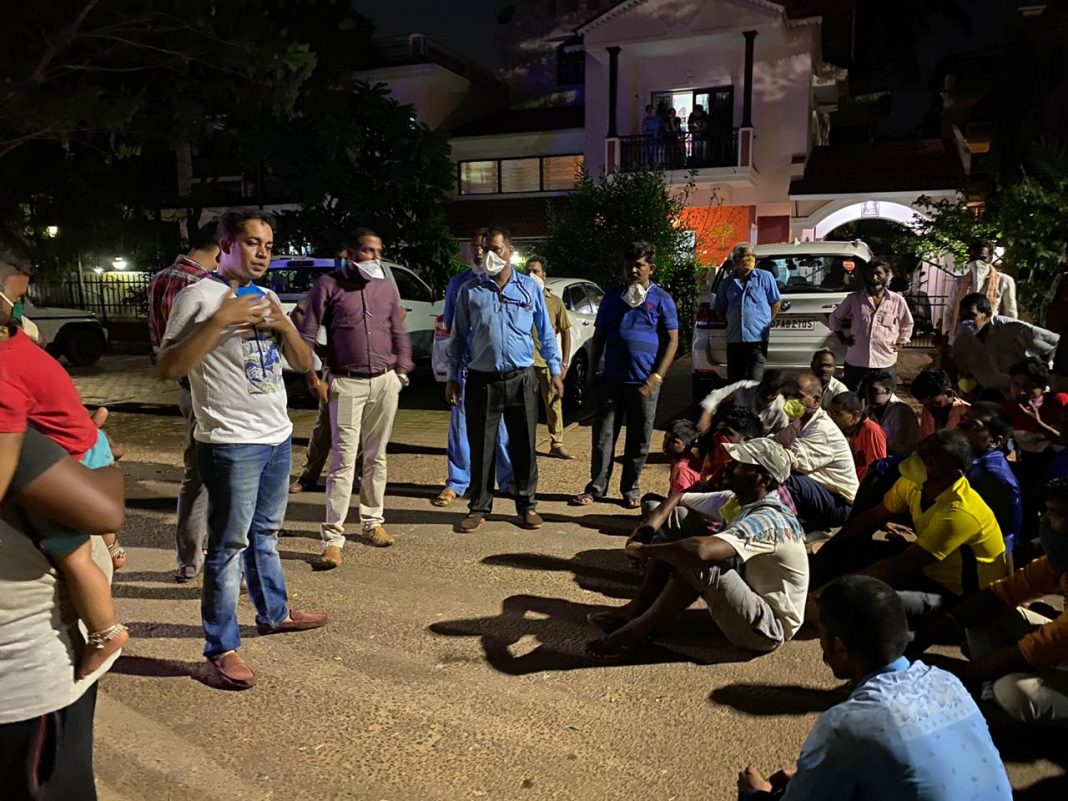 Panaji: Congress’ National Spokesman Brijesh Kalappa on Thursday have sought intervention of BJP-led Karnataka government after its citizens were denied entry in the state from Goa.

More than hundred migrant labourers who were equipped with the permission from Goa government to go back to their native in Karnataka were refused entry on Wednesday night.

All the migrant labourers had taken up shelter at Campal area in Panaji as a protest against the attitude of Karnataka government. 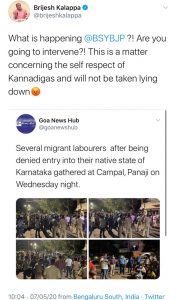 Taking up the issue, Kalappa on Thursday tweeted “What is happening @BSYBJP? Are you going to intervene? This is a matter concerning the self respect of Kannadigas and will not be taken lying down.”

A senior official from Goa administration said that Karnataka government has not been admitting those people who don’t have proof of their residence back in the state.

“Some of them have their Adhar cards in Goa while voting card is in Karnataka. When documents are not certain, they don’t allow the entry,” a senior official said.

He stated that Goa government is already coordinating with Karnataka to streamline the entire process of moving out the migrant labourers who want to go back to their native.

As per government estimate, more than 80,000 migrant labourers have registered with Goa government to go back to their native.