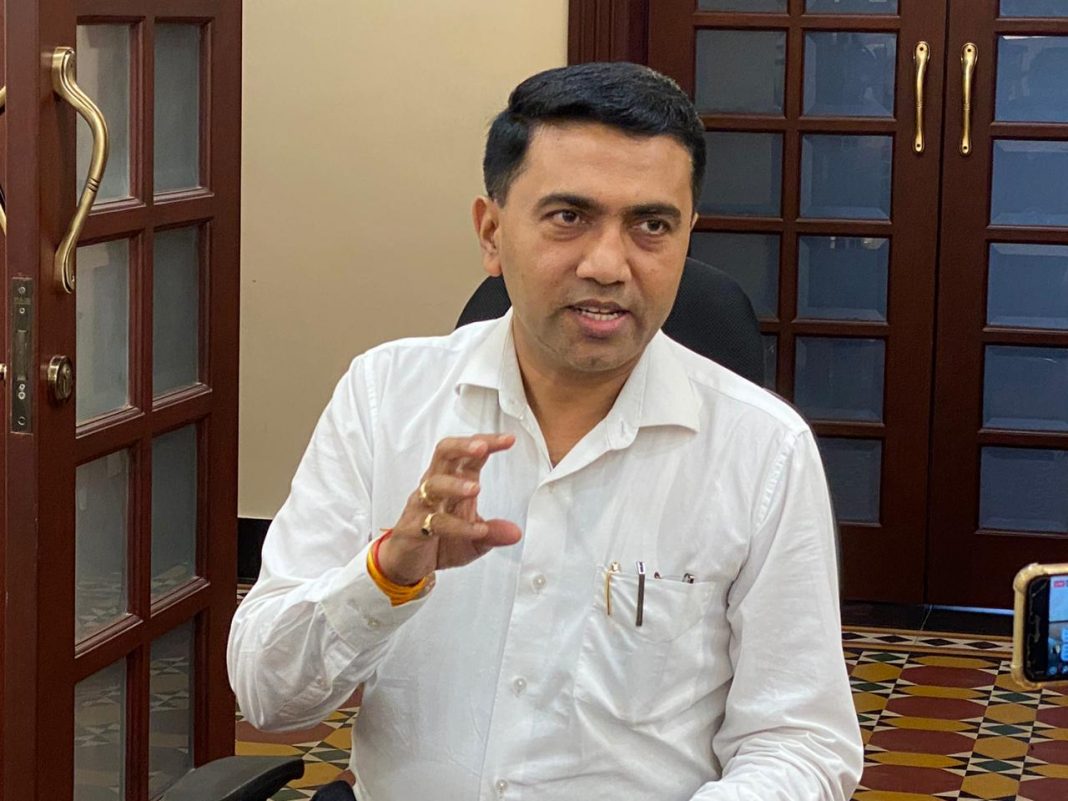 Panaji: Goa government has recommended to the centre that the existing lockdown due COVID-19 outbreak should continue till April 30, State chief minister Pramod Sawant said on Saturday.

Speaking to reporters in Panaji, Sawant said that the state government will resume certain activities including government offices from Monday, while fishing has begun in the state from Saturday.

Sawant said that the state government has put up its suggestion to the centre to continue with the lockdown. Prime Minister Narendra Modi will address the nation in next couple of days, during which he will make the announcement.

Sawant said that Goa has requested the centre to continue with the stoppage of air service, railways and other transport except those carrying goods from other state.

“There will be common guidelines about lockdown from the centre. They will be applicable to all the states,” he said adding that the state may consider giving certain relaxations considering their own conditions.

He said that Goa government will begin the process to start its offices from Monday, while they will be fully functional from Wednesday after the sanitisation.

All the Outpatient departments of Primary Health Centres, Community Health Centres and District hospitals will start from Monday, except Goa medical college and hospital, he said.

“Fishing activity will resume in the entire country along with Goa. There will be restrictions on fishermen that they should not mingle with the community members from other states mid-sea,” he said.

“Chicken and mutton imports would be allowed in the State except from Karnataka and Kerala,” he said.

Sawant said that the state government is contemplating to make wearing of masks compulsory in public places.