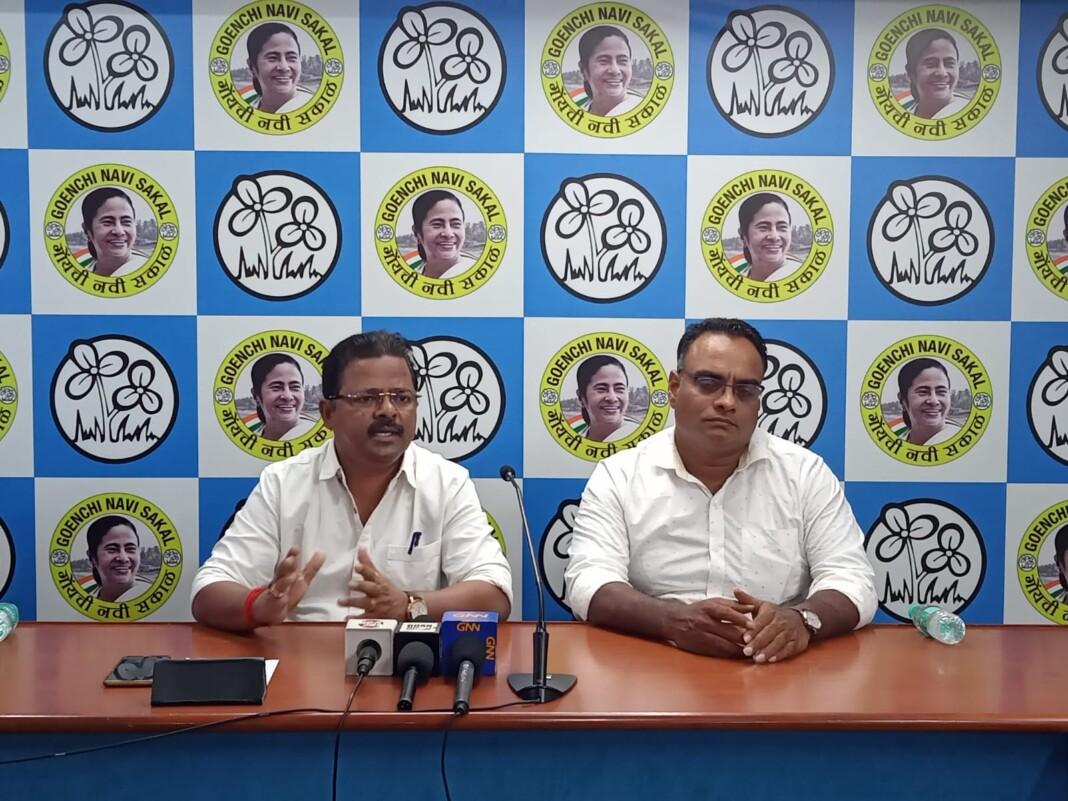 Goa TMC Joint Convenors Mariano Rodrigues and Samil Volvaiker launched a high-decibel attack against Chief Minister Pramod Sawant for his recent remarks on the opposition parties’ resolve to safeguard Mhadei waters and diluting the people’s movement during a press conference at the party office in Panaji.

Lambasting Chief Minister Pramod Sawant for his remarks, Goa TMC Joint Convenor Samil Volvaiker said, ‘The CM accused the opposition parties of politicizing the Mhadei issue, and I condemn his statement as the fight to protect our waters is a non-political one.’ He further added, ‘In an attempt to hide his failures, CM is blaming the opposition for fighting for the rights of Goenkars. We all have come together for Mhadei because it’s our duty and responsibility to ensure Goa is not robbed of its lifeline and environment.’

Exposing the hidden agenda of the Narendra Modi-led BJP government both at the Centre as well as the state, Volvaiker said, ‘It is the BJP who politicizes the Mhadei River issue. In a bid to boost BJP’s electoral prospects in Karnataka, the Centre has approved the DPR. The BJP permits the Mhadei River to be diverted every time Karnataka goes to polls.’ He further elaborated, ‘In 2017, the then CM, Manohar Parrikar wrote a letter to Karnataka BJP leader BS Yeddyurappa five months before the elections, and now in 2023 when the state is poll-bound, they want to sell off Mhadei yet again.’

Highlighting the importance of a united front to save Goa’s environment, Volvaiker expressed, ‘We have all come together, keeping Goa’s interests in our hearts and minds; the fight for Mhadei has started on opinion poll day, and we must continue fighting till we are victorious.’ Adding on, he said, ‘Goa TMC’s office bearers are engaging with different forums to raise awareness on the Mhadei issue, yet they have never spoken on party lines. Our leaders like Avita Bandodkar, Kanta Gaude, and Mariano Rodrigues are fighting on all fronts without having any vested interests.’

Sounding a clarion call, Goa TMC Joint Convenor Mariano Rodrigues said, ‘The political parties will not lose anything if Mhadei water is diverted, It is us, Goenkars, who will have to bear the brunt of the diversion. Mhadei is crucial to Goa’s survival, as we are dependent on the river for livelihood and prosperity. We must keep our differences aside and unite for our mother, Mhadei.’ He further added, ‘The agitation is non-political, and for our greater good, we must keep our differences aside and join hands. If we fail to come together for Mhadei and keep on dividing Goans to boost our egos and self-interests, we will never be able to save Goa.’ call to save Mother Mhadei