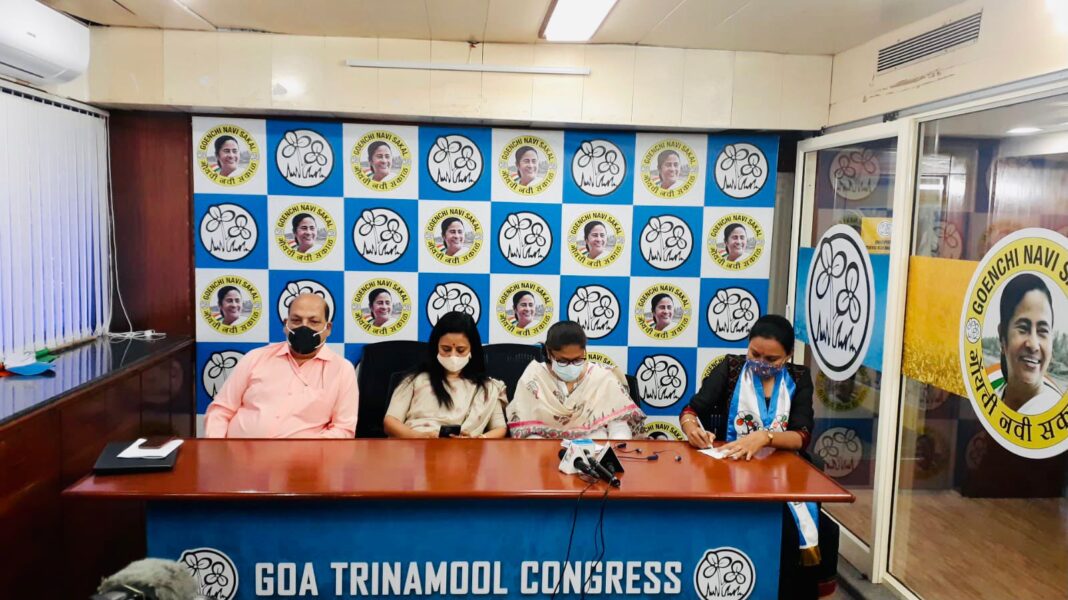 Yuva Shakti – Goa TMC’s second major promise launched on January 2, has seen an overwhelming response amongst the youth with over 1.5 lakh successful registrations till date.

Thanking Goenkars for their faith in Goa TMC, Smt Mahua Moitra said, ‘We’ve reached the landmark figure of 1.5 lakh enrolments for the Yuva Shakti Card. We hope that in the coming days, we’ll touch the lives of each and every person in Goa with our schemes. That’s our aim.’

Highlighting the necessity of the Yuva Shakti Card, Smt Sushmita Dev stated, ‘The beauty of the scheme is that it is not only collateral-free but will also help youth start new businesses. This way income will be generated and further another 5 Goan youngsters will be employed in a start-up.’ She added, ‘I’m proud that we’ve been able to register over 1.5 lakh youth in such a short span of time.’

Taking a dig at CM Pramod Sawant for the high rate of unemployment in Goa, she asked, ‘What was the CM doing for the last 5 five years? Why was no employment opportunity given to the youth here?’

Explaining Goa TMC’s vision, Shri Om Prakash Mishra said, ‘The party believes in raising and resolving public-centric issues. TMC is the only party that is reaching out to locals with their massive door-to-door campaigns.’

Goa TMC leader Pratibha Borkar added, ‘There is something for everyone. We want all Goenkars to enroll for either of the three schemes, be it – Griha Laxmi, Yuva Shakti or Mhaje Ghar, Maalki Hakk since all are aimed at empowering the people of Goa.’

Goa TMC wants to once again thank Goenkars for their overwhelming support to the Yuva Shakti Card where anyone between 18-45 years will be given access to a collateral free credit facility of up to Rs 20 lakh at 4% interest rate.