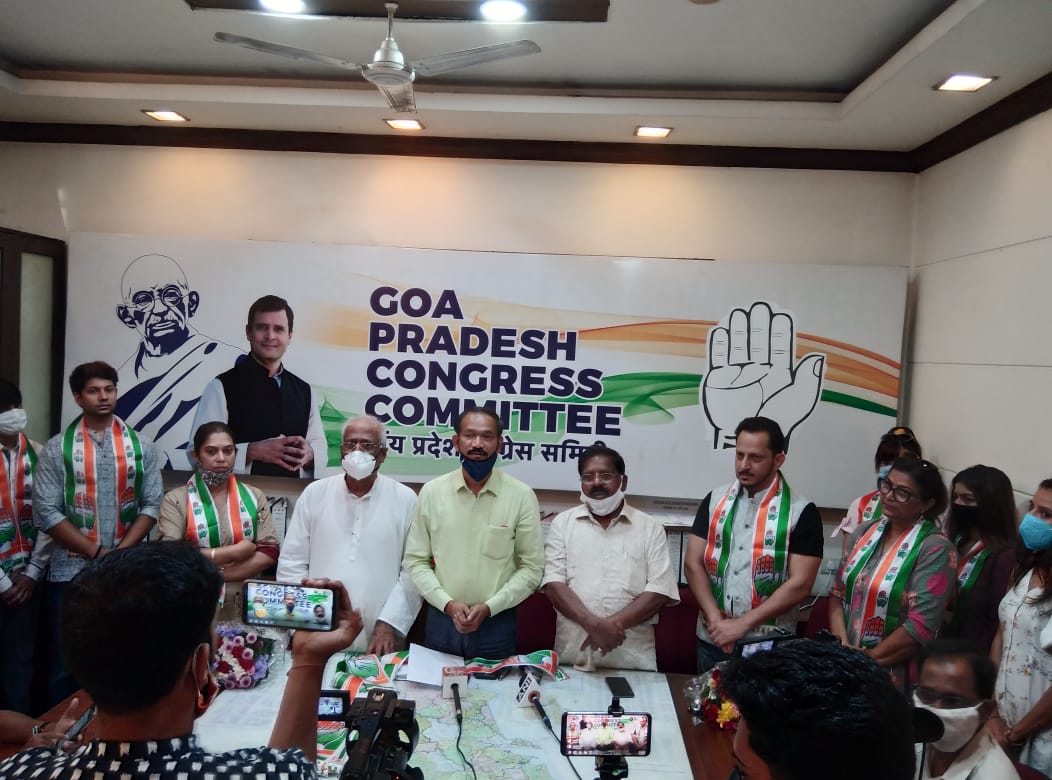 Panaji : Goa Pradesh Congress Committee (GPCC) chief Girish Chodankar declared that Goa Congress is in favour of Zilla Parishad elections. “ZP election is an eminent part of democracy,” inferred Chodankar. Also present for the press conference were Vice President Dharma Chodankar, MK Shaikh and others. “Democracy without people’s participation is meaningless hence we would like to ask the govt to ensure public safety and participation of people in elections,” said Chodankar.
Girish Chodankar also opined that the government should ensure 70-80% turnout of people for ZP elections. “Elections cannot be at the cost of people’s lives hence govt should review the situation before taking any action” said Chodankar. He also took a dig at CM saying he lies to people without doing any study, “Government is promising ten thousand jobs but they do not have any budgetary provisions to give these jobs”. Chodankar pointed out that there is liability of twenty six thousand crores “we are into financial emergency and i whish to tell Goans how the govt is lying to people.