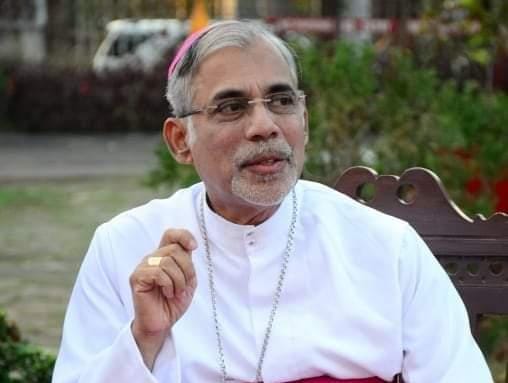 Panaji: Goa chief minister Pramod Sawant on Sunday congratulated Archbishop of Goa and Daman Rev Fr Filipe Neri Ferrao for being chosen as one of the 21 cardinals by the Pope.

Sawant tweeted “Heartiest congratulations to Most Rev. Archbishop Filipe Neri Ferrao on being chosen as one of the 21 Cardinals by His Holiness @Pontifex.”

Ferrao who has been named as one of the 21 new cardinals by Pope Francis is heading the local Church since the year 2003.

Fr Ferrao was born in Aldona village near Panaji on January 20, 1953.

As per a senior official in Archbishop’s Palace, 69-year-old Fr Ferrao had began his religious studies in the Seminary of Our Lady in Saligao and then went to the Papal Seminary in Pune.

He has graduated in Philosophy and Theology and is fluent in Konkani, English, Portuguese, Italian, French and German languages.

Fr Ferrao was ordained as a Priest on October 28, 1979 and on December 12, 2003 he was consecrated as Archbishop of Goa and Daman by Pope John Paul II, upon the resignation of then Archbishop Rev Fr Raul Goncalves.