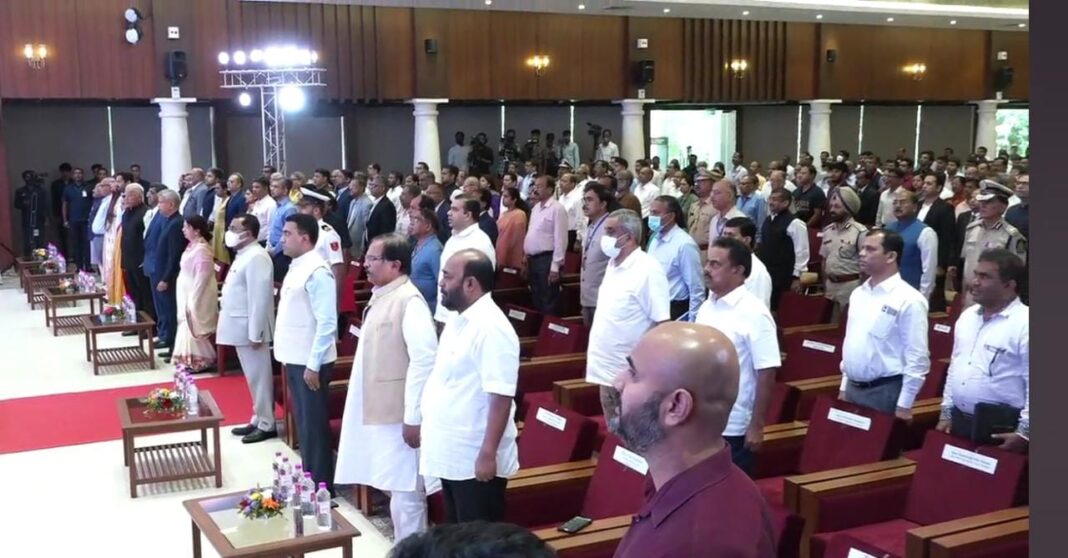 Panaji: Goa will commemorate July 15 as National War Memorial Day, every year,  to commemorate the first liberation struggle against Portuguese rule in Goa, which took place in the year 1583.

During the state level function held to mark Goa Statehood Day, Chief minister Pramod Sawant said that the central government has asked the states to mark one day, of the year, for paying tributes at the National War Memorial in New Delhi.

“It is a day when the chief minister, minister or any representative of the state will pay respect to the martyrs at the National War memorial,” he said.

Sawant said that Goa has decided to observe July 15 as a day to mark the Cuncolim revolt, which was the first ever rebellion against the Portuguese government in the year 1583.

The revolt had taken place at Cuncolim village in South Goa. Five Jesuit priests along with a Portuguese civilian and 14 Goans were killed in the incident. The local Portuguese garrison had retaliated to the attack by executing the village chieftains involved. The villagers have constructed a memorial in the name of the chieftains, who were killed by Portuguese.

The chief minister said that the state has developed after its statehood in 1987. He said that Konkani language, which was a parameter to give statehood to Goa, has also been developing with the help of various institutions like Goa Konkani Academy and Konkani Bhasha Mandal, which is working towards it.

The chief minister announced that the state government will annually felicitate the organizations which has contributed towards Goa, during the Statehood Day function.

During the function, all the past chief ministers or their representatives were felicitated by the state government along with other institutions like Goa Medical College and Hospital, which has contributed towards the state.

Previous articleGoa CM congratulates Archbishop Fr Ferrao for being chosen as Cardinal
Next articleChief Minister, Dr. Pramod Sawant extends his greetings and best wishes to the Goans across the Globe on the joyous occasion of 35th Goa Statehood Day.